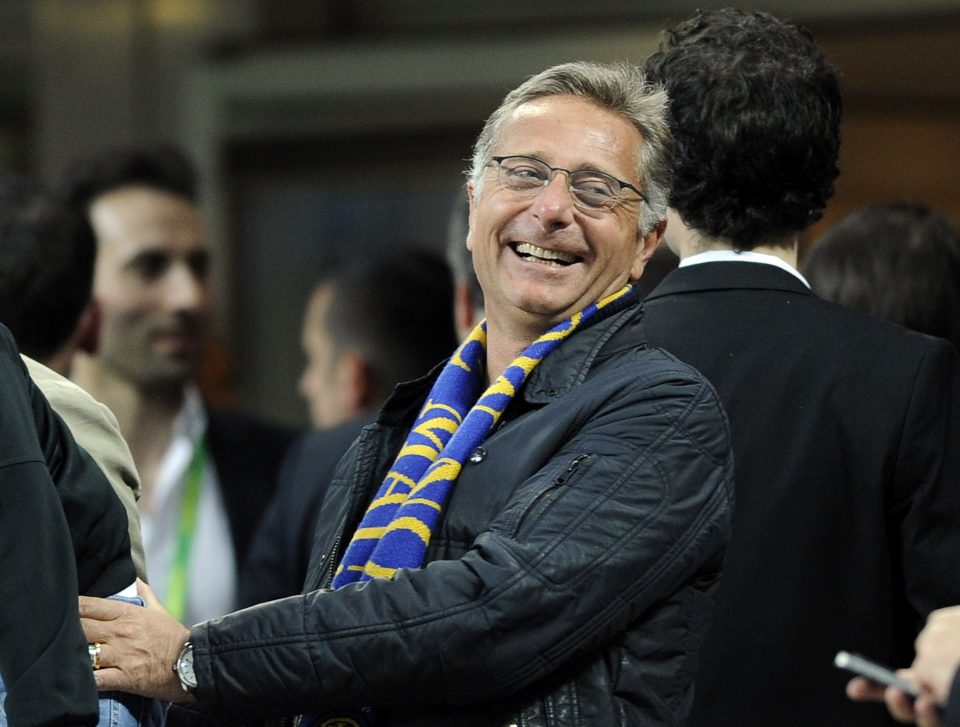 “We’re playing very well, Conte has created a hive mind: now there aren’t players who reason on their own, they all do so in function of a mechanism. The coach has a fierce determination, I love his passion, the way he feels and suffers what he does.”

“The Zhang family is also doing a good job, surrounded by a good management. The market has been important, even if in my opinion you need 3-4 more purchases to get to the top. Then I’m very happy that Gabriele [Oriali], my football inspiration when I played, is back… But I was also crazy about Cambiasso, the true soul of the Treble.”

Bonolis sees the Treble team in the current Inter squad.

However, he still believes that the Nerazzurri aren’t the favourites for the league title just yet.

“I often hear it said, sometimes it’s just a game of parts to put pressure on… Juve has an important and vast squad: I think they’re still the favourites.”

Bonolis then spoke of tonight’s game and its importance for the squad.

“It’s psychologically important. If Inter were to end the game in a positive way, whether it be a victory or a draw, it would be a significant help for the season. If things didn’t go well, it wouldn’t objectively matter at all, subjectively it could mean something. I remain convinced, however, that our coach knows how to sift through the worries, perhaps he takes them and takes them away from the squad.”

The 58-year-old Italian media personality touched on Juventus’ controversial past.

“We know how much Juve has done in our history. Somehow everything came to light and there were consequences, but in my opinion, they were not adequate for the faults detected.”

Finally, Bonolis spoke of the recent incidents of racism in Italian football.

“You have to get to the bottom of things. I am the first one to say that racism is very serious, but defining certain things as racist would demean the importance of what has to be combated and erased. It has always been like this at the stadium. Why are monkey chants serious but insulting Baresi that his wife cheated on him isn’t?”

“Therefore pay attention, real racism suggests hatred, it’s the negation of rights and comes from people with a corrupted heart. The monkey chants are rude acts which you can easily avoid, except at a stadium even the most noble people lose their manners, let alone those who are less noble.”