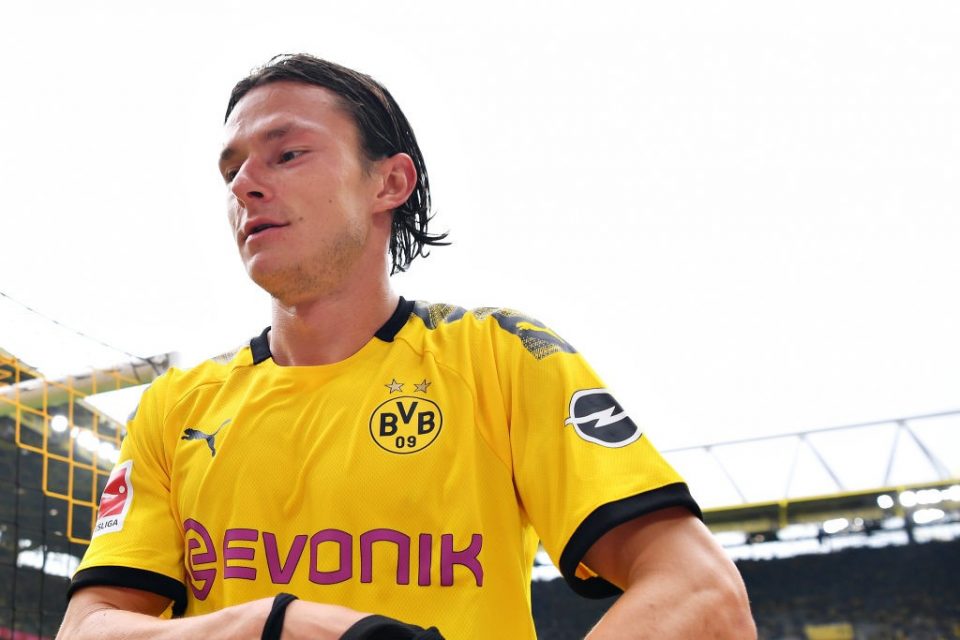 Nico Schulz has shared his belief that despite his father being an Inter fan, he will still be supporting him and his Borussia Dortmund teammates when the two sides lock horns in the Champions League in a weeks time.

Inter head into the game bottom of group F after two games played on just one point and know that they must beat their German opposition if they wish to remain in contention for qualification to the knockout stages.

“My father is Italian and he is a massive Inter fan. He went to see all the games but I am sure that even he will keep his fingers crossed for us for the match,” the defender explained as part of an interview with German newspaper Ruhr Nachrichten.

Schulz, who joined the Signal Iduna Park side this past Summer, has made four appearances across all competitions this season but has been unable to make any goal contributions in 332 minutes on the field.