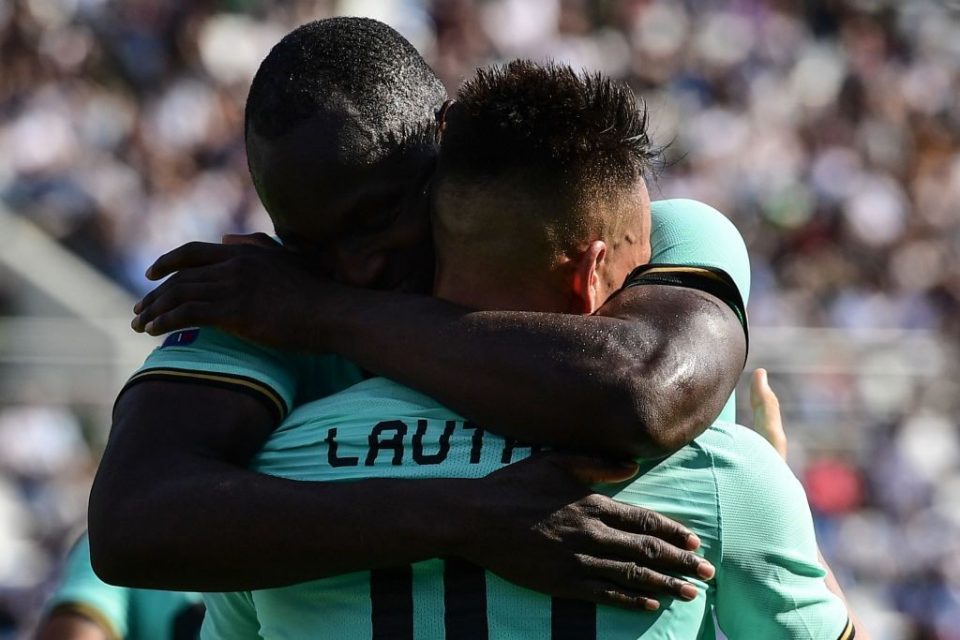 In today’s paper edition of Gazzetta dello Sport, the Milanese news outlet have given a name to the ever-growing striking partnership between Romelu Lukaku and Lautaro Martinez at Inter.

The pair both scored braces in Inter’s 4-3 win over Sassuolo this past weekend and as the weeks pass, they look to be getting better and better alongside one another.

“On the field, LuLa has been born. The two speak in Spanish because for Lautaro it is the mother tongue whilst for Romelu it is almost a formality as the Belgian speaks six languages,” the report begins.

The report also goes on to explain a demand that Lukaku has made in order to give him the best chance at success on the field, a demand that appears to be paying off as evidenced by his five goals in nine appearances across all competitions this season.

“Since Lukaku’s first day at Appiano Gentile he has demanded that the staff and teammates spoke to him in Italian, so that he could immediately understand what opponents were saying, scrupulous details of an exemplary professional.”