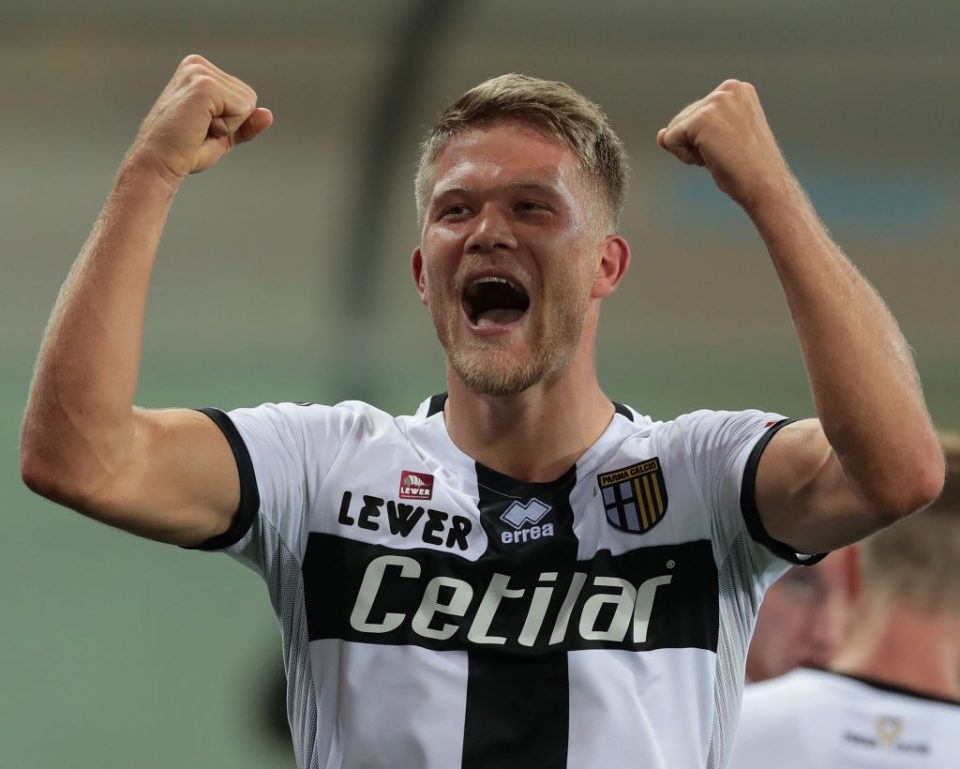 Parma will have to do without striker Andreas Cornelius for this weekend’s match away to Inter according to a report in today’s paper edition of Tuttosport.

The Danish striker sustained an injury in training yesterday ahead of Saturday evening’s match at San Siro. He felt pain in his thigh and his condition will be assessed today by the Ducali’s medical staff.

It is likely that he will be definitively ruled out for this weekend’s match and is also at risk of missing out their match at home to Hellas Verona on Tuesday night.

The 26-year-old will be a big loss to Roberto D’Aversa’s side, with him having scored four goals in seven appearances across all competitions this season since he joined on loan from fellow Serie A club Atalanta.

Cornelius is just one of a number of absences D’Aversa will have to deal with. Veteran defender Bruno Alves is to miss out as will Roberto Inglese and Roberto Grassi.