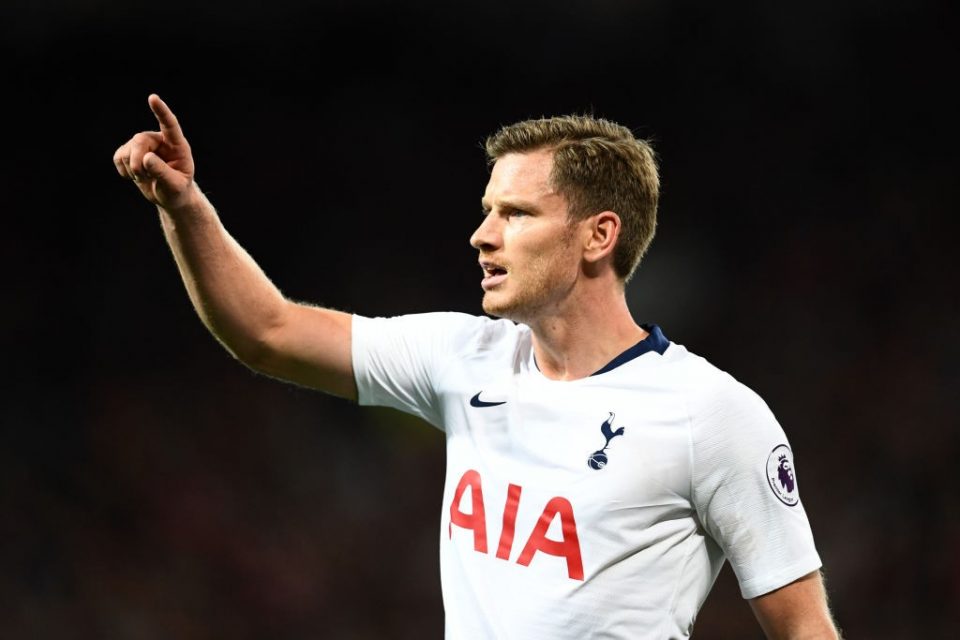 The 32-year-old Belgian defender’s contract expires with the North London side next June, and so far, he doesn’t seem to be interested in signing a new deal with the club. Therefore, the report details how the Nerazzurri could look to Vertonghen as a potential back-up to the club’s main three defenders – Diego Godin, Stefan de Vrij and Milan Skriniar.

However, the report adds, Inter are instead more focused on strengthening their midfield department, with the same names of Arturo Vidal, Ivan Rakitic still being the top choices on the Nerazzurri’s list.

Vertonghen has made nine appearances for Spurs so far this season under coach Mauricio Pochettino, starting in each of them and playing the full 90 minutes in all except the Champions League clash against Red Star earlier this week.