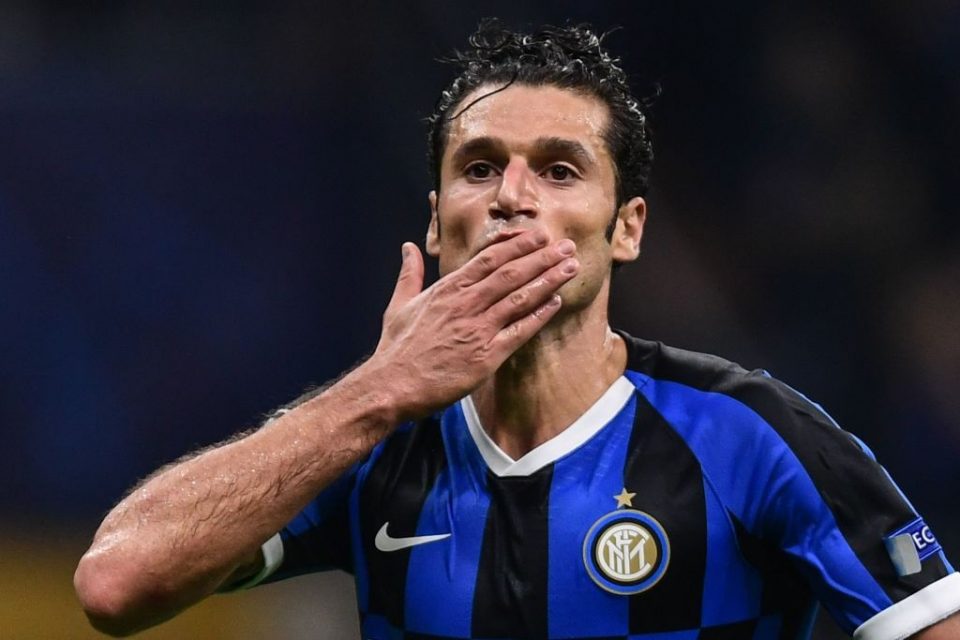 Antonio Candreva has shared his delight following Inter’s 2-1 victory away to Brescia earlier on tonight, a result which has put Inter back on top of Serie A.

“To have made my 100th appearance in an Inter shirt in Serie A is a great honour for me,” he began an interview with Inter TV post-match.

“Today we played a great match. We suffered when there was the need to suffer which helped us to then bring home this fundamental victory.

“There was a little tiredness as we played our fourth game in the space of two weeks but we are now already thinking about the match against Bologna.”

Asked if the team are already looking ahead to the next Champions League match with Borussia Dortmund, he concluded: “All the matches are important, up until Saturday we will only think about the league and then from Sunday, we we will think about our trip away to Dortmund.