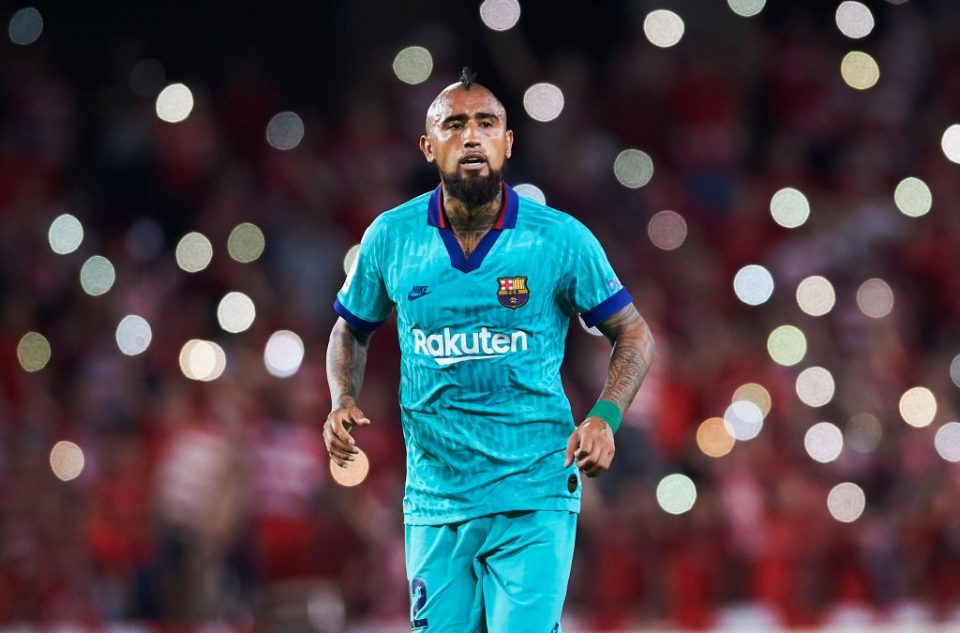 According to a report in today’s print edition of Milanese newspaper Corriere della Sera, Inter and Barcelona are in advanced talks over Arturo Vidal.

Inter have identified the Chilean as their primary target they want to sign in the upcoming January transfer window in order to strengthen the midfield department.

Barcelona have slapped a €40 million price tag on the 32-year-old but the Blaugrana will have to reduce their demands as Inter have zero intention of meeting that asking price.

Vidal is however not the only player that Inter management are considering, the report goes on. Inter have also shown a keen interest in Roma midfielder Lorenzo Pellegrini as well as Udinese midfielder Rolando Mandragora.

Both players are young and Italian and fit Inter’s long term plans, unlike Vidal, who would be more of a short term signing due to his age.

The report also goes on to state that Inter are hopeful that Alexis Sanchez will return soon and will therefore not go after any strikers in January.