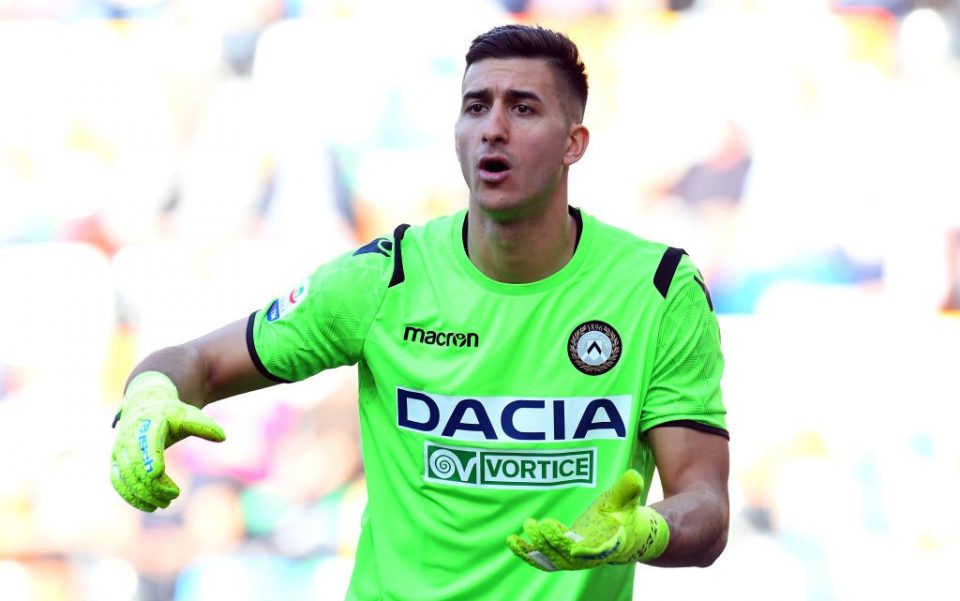 Inter have set their sights on bringing in Juan Musso to become Samir Handanovic’s replacement in the coming years according to a report in today’s print edition of Tuttosport.

Udinese shot-stopper Musso will be brought in and spend a season as Handanovic’s deputy before taking over from him.

Inter have several goalkeeping prospects on their books such as Ionut Andrei Radu, Gabriel Brazao, Michele Di Gregorio, Vladan Dekic and Filip Stankovic but Inter management do not feel that any of these players are ready enough yet, especially when compared to 25-year-old Argentine Musso.

Musso joined his current employers in the Summer of 2018 for just €4 million from Racing Club and has quickly becoming one of the most promising keepers in the league.

This season he has made 11 appearances across all competitions, in which he has conceded 18 goals (seven of which came in a disastrous night for him and his teammates as they lost 7-1 to Atalanta) and kept four clean sheets.