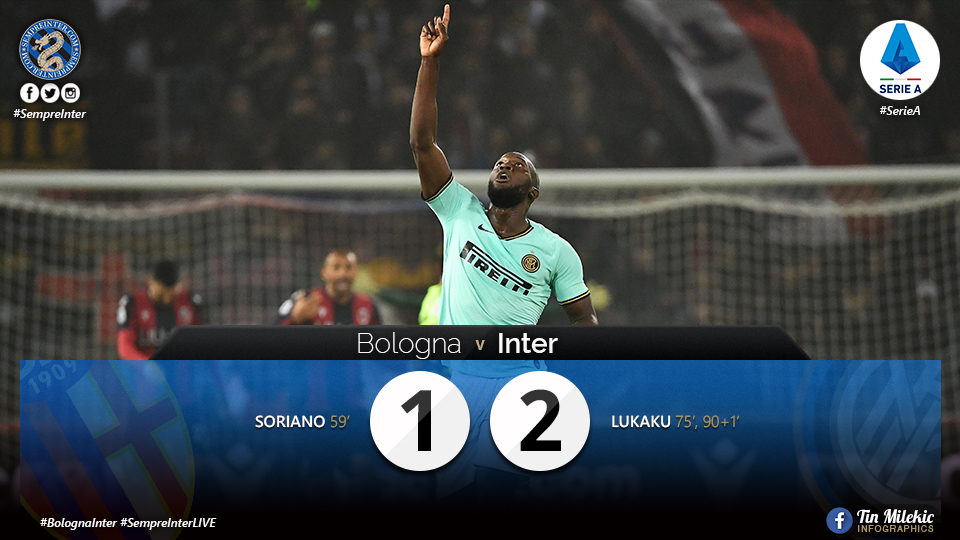 Inter defeated Bologna away at the Stadio Renato Dall’Ara 1-2 to record their 6th straight away win of the 2019/2020 Serie A season.

The Nerazzurri maintain their perfect record away from home in the Serie A after a brace from Romelu Lukaku was enough to seal all three points for the Nerazzurri.

Inter were in trouble, especially after Bologna deservedly took the lead early in the second half. However Inter’s new goalmachine Lukaku scored twice to gift Antonio Conte’s men the three points.