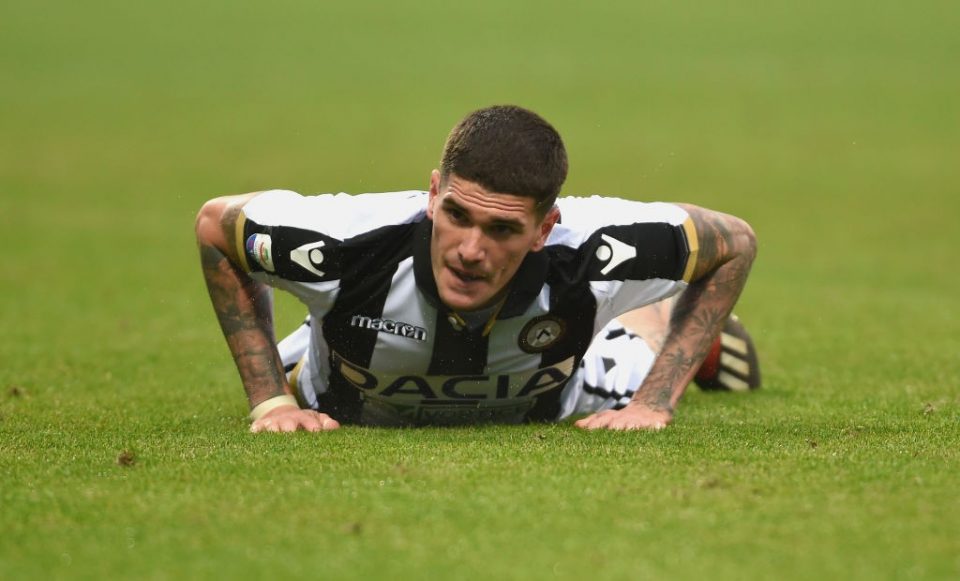 Udinese midfielder Rodrigo de Paul is now Inter’s primary target for the midfield according to a report in today’s paper edition of Corriere dello Sport.

Inter manager Antonio Conte and vice-president Javier Zanetti are both fans of the versatile Argentine but any deal will not come cheap with Udinese said to want between €30-35 million for him. Inter could however pull a deal off using the loan with redemption obligation formula and could even include Federico Dimarco in the deal.

de Paul has overtaken Barcelona’s Arturo Vidal as the Nerazzurri’s primary target, with Barcelona making it clear they have no intention of selling the Chilean international.

The report goes on to state that Inter are also considering two players for the attack; Genoa’s Christian Kouame and SPAL’s Andrea Petagna. As per the report, Inter could try tempt Genoa into dealing Kouame by including a player in the deal, possibly Matteo Politano.