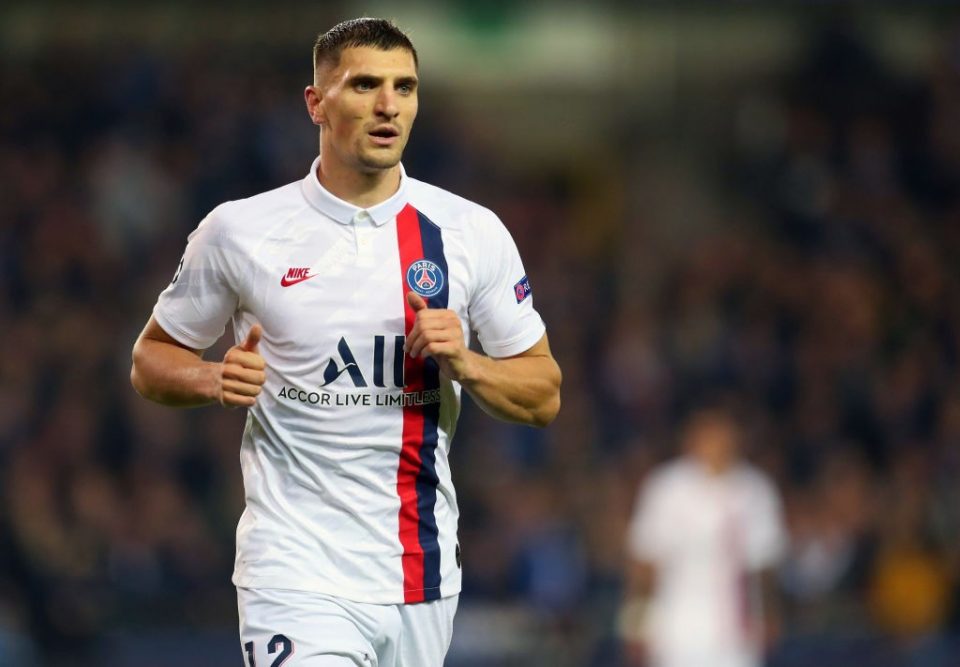 Napoli striker Dries Mertens in not the only free transfer that Inter are looking to make a move for, a report from today’s paper edition of the Rome based newspaper Corriere dello Sport suggests.

First off, the report details, the Nerazzurri are keen on two Paris Saint Germain players, whose contracts both expire next June. The first name is 28-year-old Belgian right-back Thomas Meunier, who has been with the Parisian side since 2016. So far this season Meunier has made ten appearances for PSG, scoring one goal and providing one assist in that time.

The next name the Nerazzurri are looking at is 27-year-old French left-back Layvin Kurzawa. The Frenchman, who has been with Paris Saint Germain since 2015, would be able to provide depth in the left-back position, allowing current starter Kwadwo Asamoah more time to rest.

Either of these players are very attractive to the Nerazzurri, who are looking to strengthen the squad without spending too heavily. Both of them are more interesting to Inter than Tottenham Hotspur defender Jan Vertonghen, whose lacklustre performances this season have cooled the Nerazzurri’s interest in him a little.