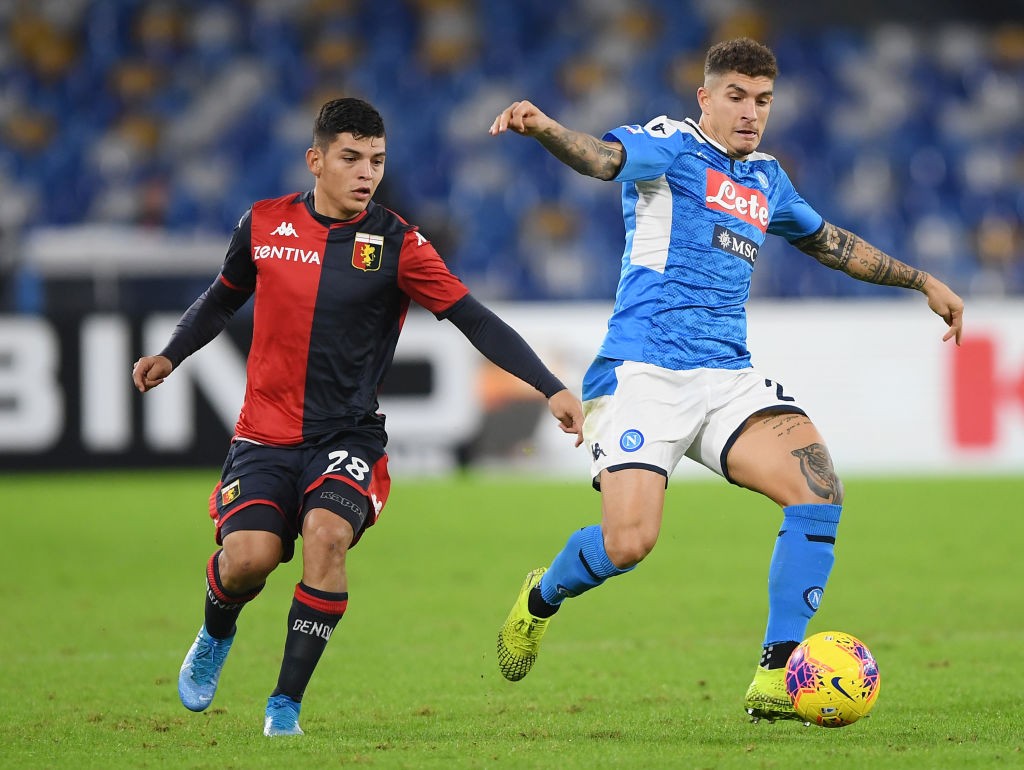 Predrag Risticvic, the agent of Genoa youngster Kevin Agudelo, has claimed that he has already been in contact with Inter regarding his client.

“Inter are following him. I have already been in contact with the Nerazzurri. As for January or next summer, it has not been decided yet. It will depend on what the two clubs agree,” he remarked in an interview with Interdipidenza.net.

The 20-year-old Colombian only joined Genoa this past Summer from Atletico Huila and has caught the attention of Inter in his four appearances for the club.

Agudelo, is primarily a central midfielder or attacking midfielder but also capable of playing out wide as evidenced in Genoa’s most recent match away to Napoli.

Agudelo is just the latest in a long line of young talents that Inter are understood to be casting their eye over. Brescia’s Sandro Tonali and Atalanta’s Dejan Kulusevski, who is out on loan at Parma are both believed to be targets as is Argentine talent Matias Godoy, who is currently starring at the under 17 World Cup.