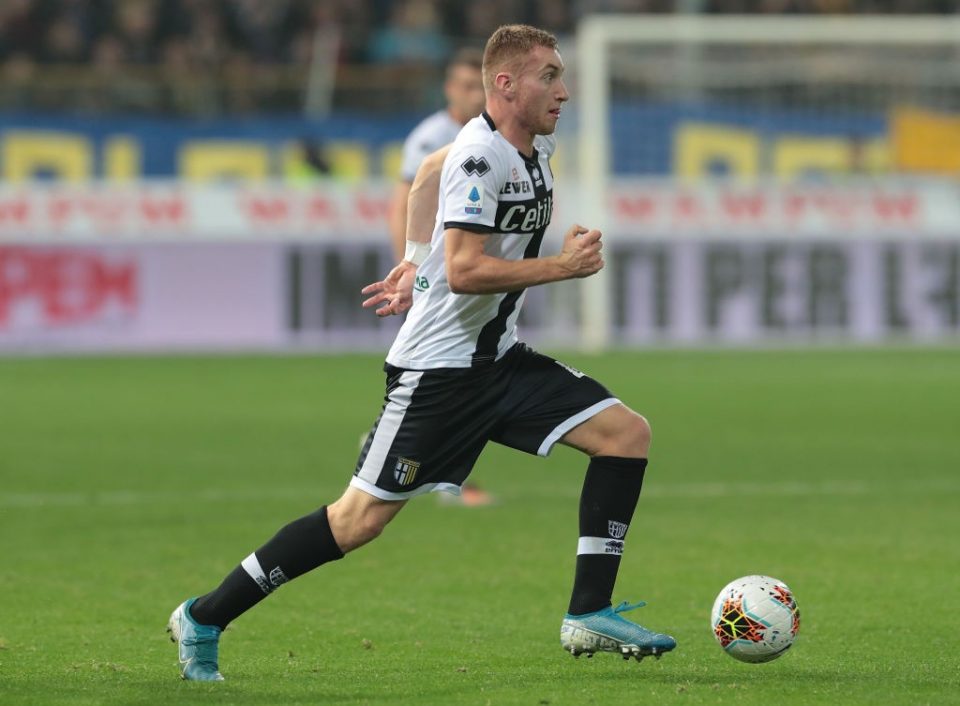 Inter have set their sights on trying to sign Dejan Kulusevski in the January transfer window according to a report in today’s print edition of Gazzetta dello Sport.

Inter have been one of many clubs to have been left impressed by the 19-year-old’s performances this season whilst he has been out on loan at Parma from Atalanta.

The Nerazzurri are ready to try everything to try and bring the Swede to the club and club management and manager Antonio Conte have already met to discuss Kulusevki, who looks like he will cost at least €30 million.

The club see him as someone who could play in the role of Mezzala, despite the fact he has spent much of the season in more attacking positions for Parma.

Inter’s decision to focus upon Kulusevski comes after it was decided that they will not go after players on the wrong side of 30, namely Arturo Vidal.

The report from the Milanese outlet goes on to state that Inter have a number of alternatives in mind if unable to get a deal done for Kulusevski.

Udinese pair Rodrigo de Paul and Rolando Mandragora, Arsenal’s Granit Xhaka and Roma’s Alessandro Florenzi are all believed to be others options Inter are considering.