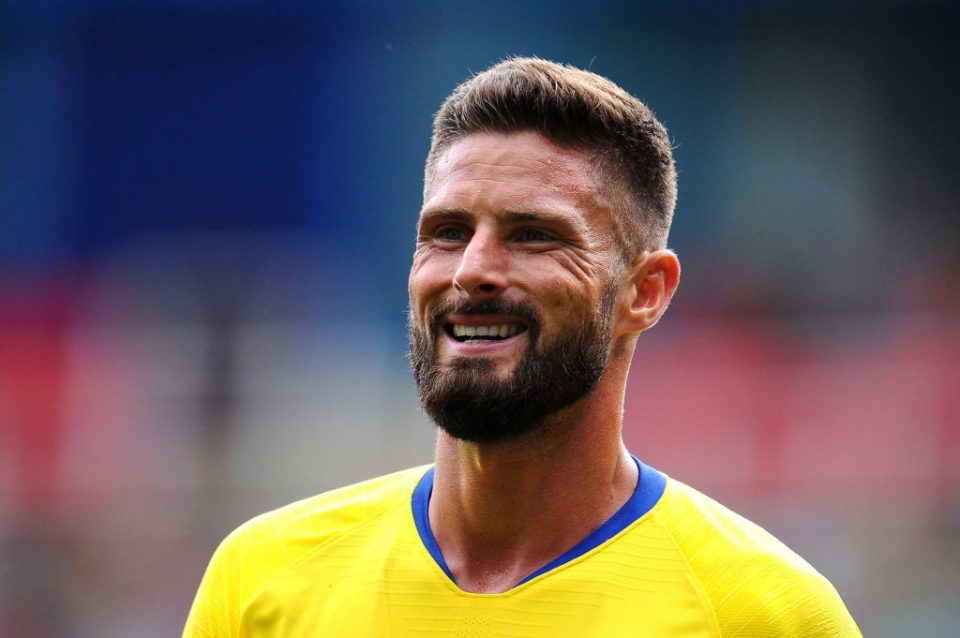 Inter’s strategy for the upcoming transfer window has already been decided, according to a report from today’s paper edition of the Turin based newspaper Tuttosport, with the club certain that they need a new midfielder and striker.

The report details how there are multiple names on the list of midfielders, from Roma’s Alessandro Florenzi and Barcelona’s Arturo Vidal, through to Atalanta’s Dejan Kulusevski and Sassuolo’s Alfred Duncan, ending with Udinese star Rodrigo De Paul. The Nerazzurri are considering all these players and haven’t yet decided which one to focus all their efforts on.

However, there already have a striker in mind, the report adds. That player is unhappy Chelsea striker Olivier Giroud. The 33-year-old Frenchman has only made six appearances for the South London club so far this season, thanks to the strong form of young English striker Tammy Abraham.

Although, there is one reason for the Nerazzurri to be concerned, the report highlights. Due to Chelsea’s transfer market ban, they may not be willing to part with Giroud due to being unable to find a replacement. Despite this, Inter’s Sporting Director Piero Ausilio was in London last week to meet with the Blues’ management.