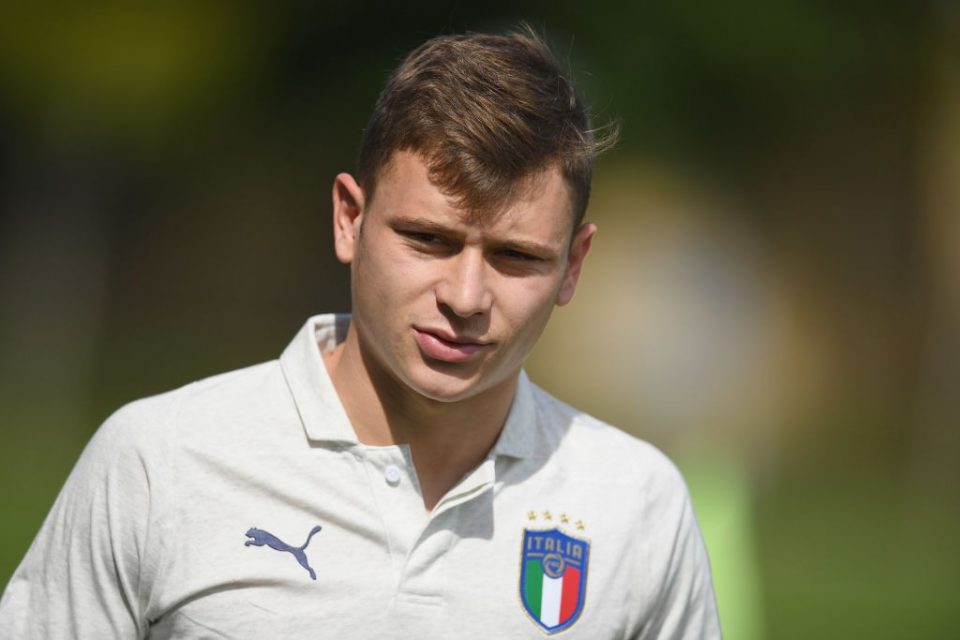 Two Inter players are likely to make the starting 11 for Italy’s final Euro 2020 qualifying match against Armenia tonight, according to a report from today’s paper edition of the Milano based newspaper Gazzetta dello Sport.

The report details how Azzurri coach Roberto Mancini is hoping to win the final game in order to have achieved a perfect qualifying campaign, winning all ten games.

Therefore, he is planning to line-up the Azzurri in a 4-3-3, with multiple top players as well as two Inter players, Nicolo Barella and Cristiano Biraghi.

The Azzurri have guaranteed their qualification to next summer’s tournament, and now the battle for squad spots will begin amongst the Italian players. Multiple Inter players will be hoping to make the squad, including Barella, Stefano Sensi and Cristiano Biraghi.