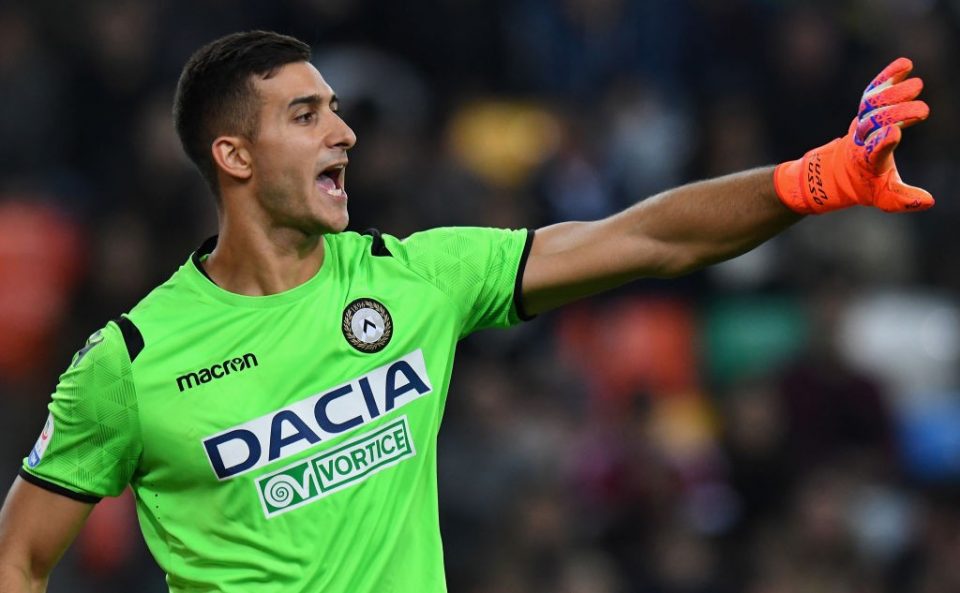 Inter have identified a future replacement for aging captain Samir Handanovic, according to a report from Italian media outlet Calciomercato.com today.

The report details how the Nerazzurri are convinced by Udinese goalkeeper Juan Agustin Musso. The 25-year-old Argentinian shot stopper joined the Friulian club in 2018 from Argentine side Racing Club, and quickly established himself as the club’s starting goalkeeper, owing to his incredibly strong and consistent performances.

The Nerazzurri have been following Musso for a long time, the report continues, and are thinking that he could replacement long time servant Samir Handanovic, considering the current Inter captain’s older age.

Therefore, Inter have formulated a plan to purchase Musso next summer, send him back to Udinese on loan for another season to allow Handanovic one final season in charge of the Inter goal, before assimilating him into the first team.

The only issue the Nerazzurri face, the report continues, is competition from the Premier League, with several unnamed English clubs following the 25-year-old Argentine.