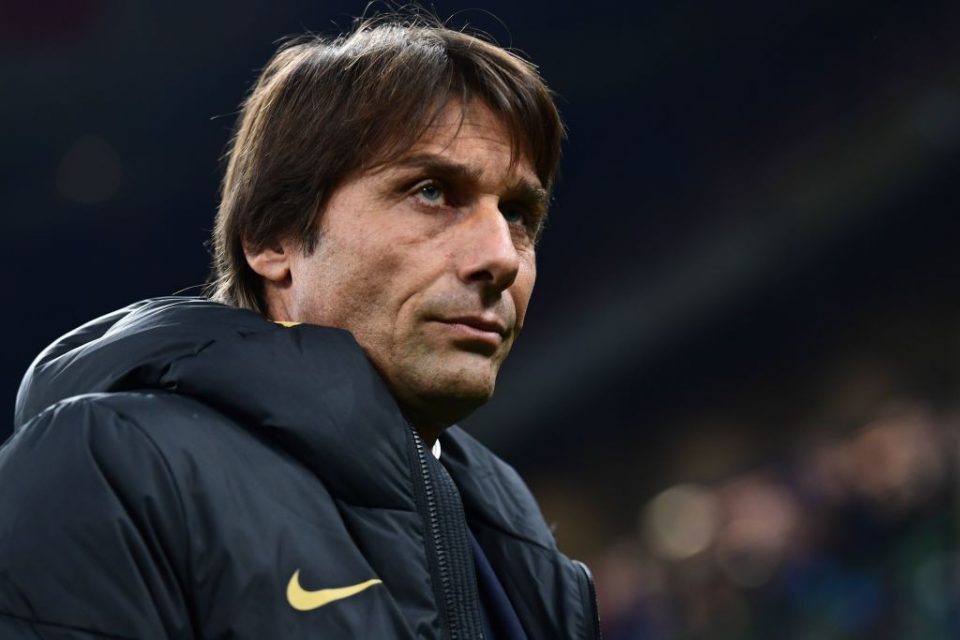 Inter coach Antonio Conte was happy at the light playing time his players received whilst with their respective international teams, according to a report from today’s paper edition of the Milano based newspaper Gazzetta dello Sport.

The report details how Inter striker Romelu Lukaku was rested in Belgium’s final Euro 2020 qualifier against Cyprus and only played 77 minutes against Russia a few days prior, letting him recover a little before this Saturday’s league clash against Torino. Furthermore, Dutch defender Stefan De Vrij didn’t play in either of the Netherlands’ games over this international break, giving him much needed rest time.

Both Valentino Lazaro and Marcelo Brozovic also only played lightly over the break, the report continues, highlighting the busy schedule that the Croatian midfielder has undergone so far this season. The rest is important as coach Antonio Conte has played him in every game so far for Inter across all competitions. Finally, only Sebastiano Esposito and Milan Skriniar played the full amount of both games, but the duo will have a few days to recover before the game against Torino.

Inter’s goal is to have everyone, except Alexis Sanchez and Matteo Politano, available for the Nerazzurri’s Champions League clash against Slavia Prague in a week’s time. Midfielders Stefano Sensi and Roberto Gagliardini are still recovering and as such are unlikely to appear against Torino on Saturday, with full-back Kwadwo Asamoah in a similar situation.