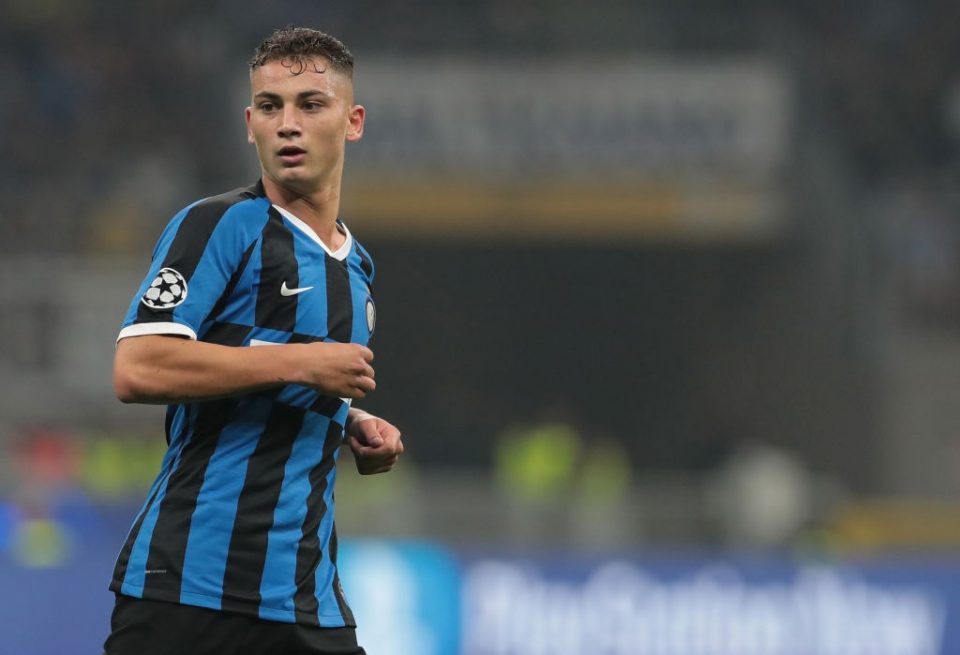 Italy Under 18 assistant coach Emanuele Filippini discussed the Azzurrini and Inter striker Sebastiano Esposito in an interview in today’s paper edition of the Milano based newspaper Gazzetta dello Sport.

“Playmaker or mezzala? The truth is that Tonali is… Tonali! When you say he’s the new Pirlo, it’s not real to me. It’s true that he can also be a regista, but he’s more of an encounter regista: he turns the ball around, he knows how to fit in, he has a pace, he contrasts. Pirlo didn’t have these qualities, but he had other qualities of excellence. Sandro may look like Albertini. But he’s a total player: a great advantage. That’s why he’s impressing with Italy.”

“Balotelli still has time. And his goals, and the contribution of all, will be needed for Brescia’s ability to remain in the topflight. Starting with Sunday’s away match against Roma. It took 20 starters to keep them from falling back. Absences are paid for.”

The Italian assistant coach discussed his experiences with the Italy Under 17 squad and Inter striker Sebastiano Esposito.

“I’m also thinking of the last experience with the Under 17, which was magnificent in every respect, including organisational, but it would have ended differently if Esposito hadn’t stayed at Inter and Bonfanti hadn’t injured himself. We did well, more than we could have expected given the absences. With Nino Nunziata there is a feeling, we have been working together for a year and a half, we came second at the European Championships, fifth at the World Cup.”

Finally, Filippini was excited about the future of Italian football.

“The right mentality: play, win, give everything.”