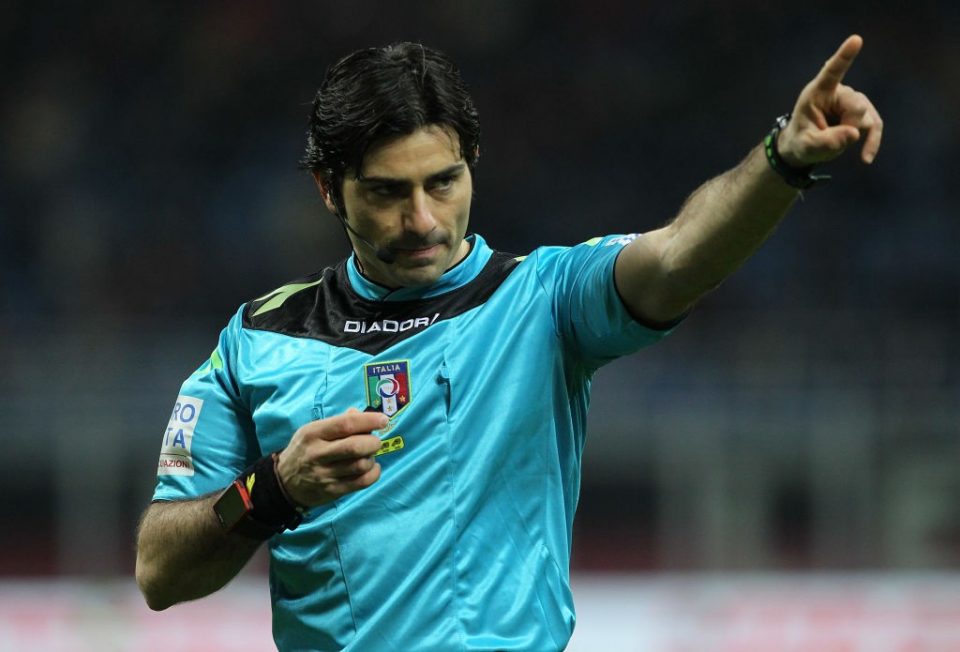 The officiating team for Inter’s league clash against Torino has been officially announced today, according to a report from Italian media outlet FcInterNews.

The report details how Italian referee Fabio Maresca will lead the officiating team. The 38-year-old Naples born referee previously refereed Inter’s 2-1 win over Cagliari in September and their 1-0 win over Lazio later that month. He has given two red cards and three penalties so far this season, one of which was awarded to Inter against Cagliari.

His assistants will be Filippo Meli and Daniele Bindoni, with the fourth official set to be Michael Fabbri. The VAR room will be led by Paolo Mazzoleni and Giacomo Paganessi, two referees who are deeply familiar with the technology.

Inter will be incredibly keen for a win against the Granata on Saturday as they look to keep pressure up on league leaders Juventus. The Bianconeri will face Atalanta on Saturday afternoon.