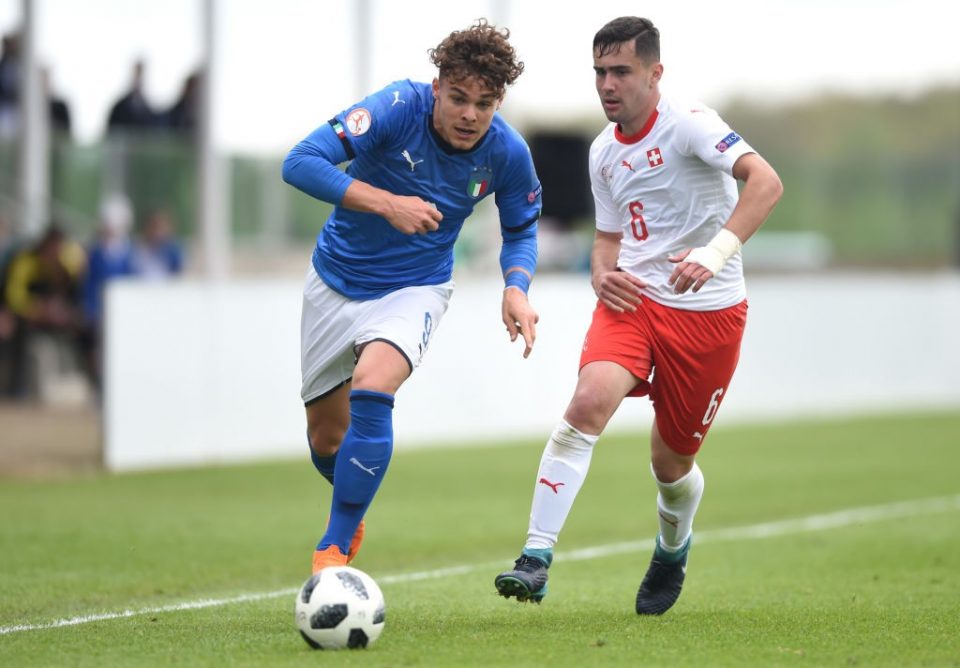 Edoardo Vergani will remain with Inter until the end of the season before a decision is taken on his future according to a report from FCInterNews.it.

There has been no shortage of interest in the Italian youth international with Sassuolo and Pescara both having shown an interest in signing him but Inter would rather keep him at the club to keep a closer eye on his development.

The 18-year-old striker will split his time between the Inter first team and Primavera teams between now and the end of the season.

Vergani has been with Inter since 2014 and was promoted to Armando Madonna’s Primavera side in the Summer of 2018.

This season Vergani has made eight appearances across all competitions at Primavera level, in which he has scored two goals and provided two assists in 464 minutes on the park.

He has also made the bench for the first team on one occasion with that coming in Inter’s recent 2-1 victory over Hellas Verona.