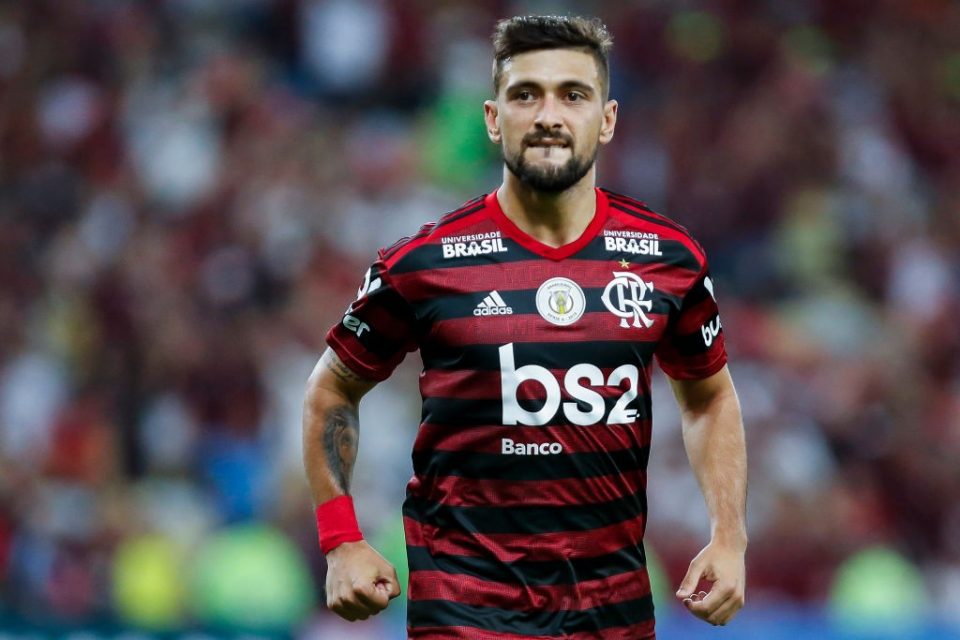 Inter have been offered the chance to sign Flamengo midfielder Giorgian de Arrascaeta according to a report in today’s print edition of Tuttosport.

The 25-year-old Uruguayan has starred for Flamengo this season, with the Mengao club chasing a historic treble having already won the Copa Libertadores and Brazilian Serie A title.

In 30 appearances, between Copa Libertadores and Brazilian Serie A action, de Arrascaeta, has scored 12 goals and provided 13 assists.

The former Cruzeiro midfielder is in possession of an Italian passport therefore meaning he would not count against Inter’s non-EU quota for the season.

De Arrascaeta’s preferred role is out on the wing but he is more than capable of playing in any role in the midfield which would make him a real asset to not only Inter but any team.

He is just the latest in a long long line of players to have been linked to the Nerazzurri with the likes of Nemanja Matic, Dejan Kulusevski and Rodrigo de Paul among others all also linked.