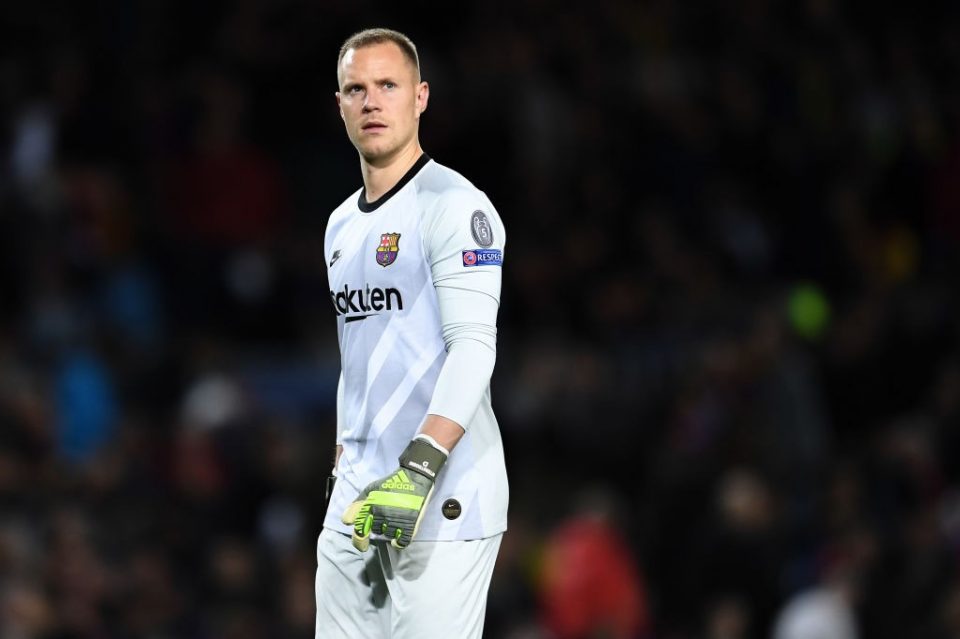 Barcelona and Germany goalkeeper Marc Andre Ter Stegen has admitted that he will do his utmost to ensure that German club Borussia Dortmund make it through to the knockout stages of the Champions League at Inter’s expense.

The 27-year-old shot-stopper’s Blaugrana are due to play Inter on the final day of the group stage and in order for Dortmund to progress, they need Barcelona to stop Inter from winning whilst getting either a draw or a win away to Slavia Prague.

With Barcelona already through and certain of finishing top of the group, suggestions have been made that the Catalan giants will care little for the game and could field a weakened side but Ter Stegen’s words suggest otherwise.

“It would be nice if Dortmund qualified to the second round, obviously I will do my best [to try make that happen],” the former Borussia Monchengladbach man told German news outlet Kicker.