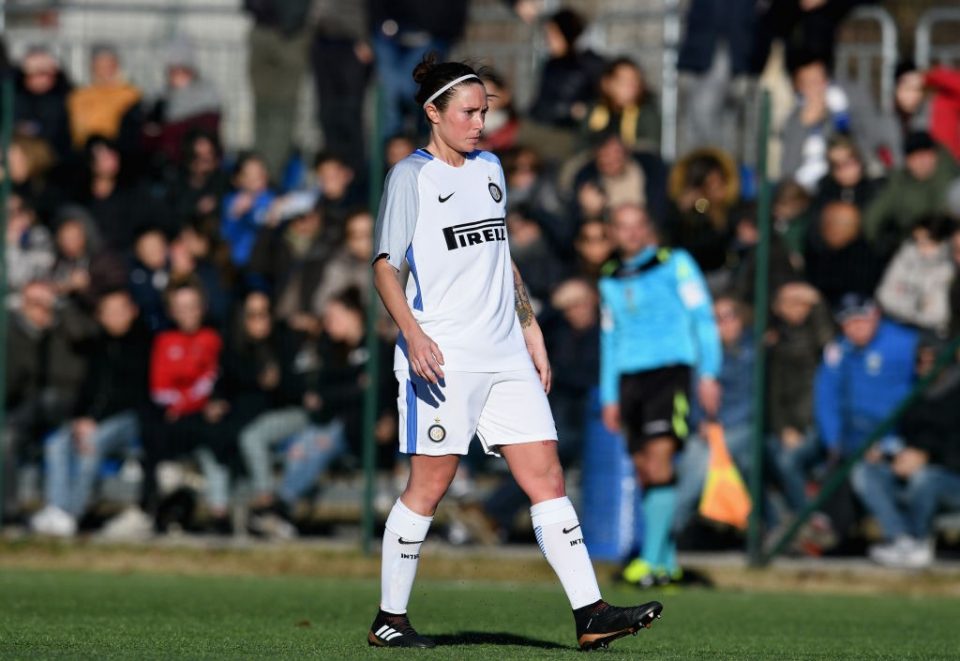 Inter Women’s captain Regina Baresi has taken to photo sharing social media platform Instagram to share her thoughts and feelings ahead of their next match.

After seven games played in their debut Serie A Femminile campaign, Attilio Sorbi’s side currently find themselves in fifth place in the table.

They take on ninth placed Sassuolo later on today at the Stadio Mirabello and need a win to avoid possibly being cut further adrift from the top three teams who are five, six and eight points ahead of them respectively.

“If the enemy is stronger, then ask for help, no war was ever won by a single man. Ready and concentrated for the next battle. We need determination, altruism and sacrifice on the front line,” she posted.