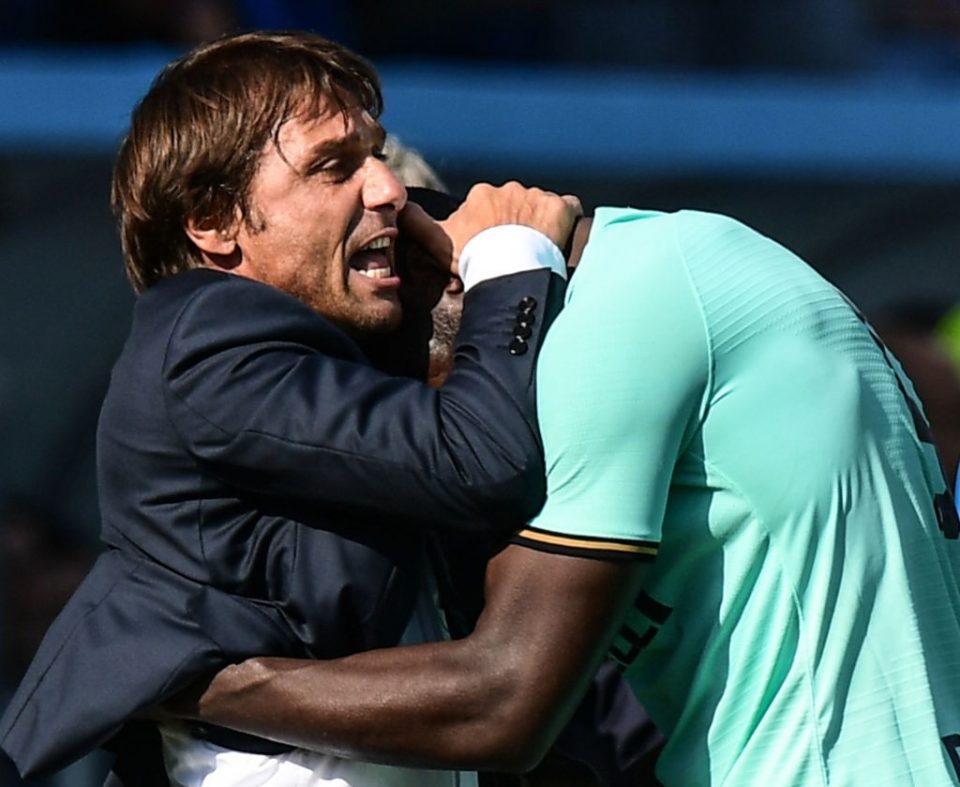 Inter posted a video on their Twitter page yesterday showing the emotions experienced by Nerazzurri coach Antonio Conte in the Milanese side’s 3-1 win over Slavia Prague in the Champions League earlier this week.

The Nerazzurri beat a tough Slavia Prague side in a game that was of the upmost importance if they wanted to qualify for the next round of the competition. Two goals in the last ten minutes from Romelu Lukaku and Lautaro Martinez helped the Nerazzurri achieve a vital three points.

Inter posted the video alongside the caption: “Before we throw ourselves back to the league, a last look back to Slavia Prague v Inter: an evening lived intensely!”