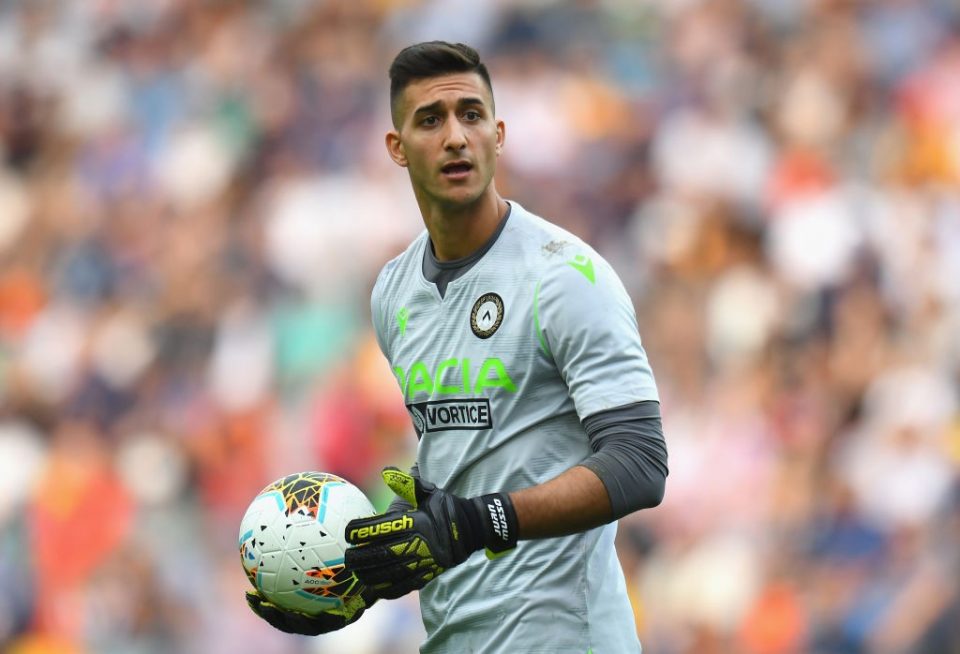 Udinese goalkeeper Juan Musso’s father, Guillermo, has denied any knowledge of interest in his son from Inter as part of an interview with Italian radio station Radio Marte.

The Argentine shot-stopper has been linked to Inter in the media with it having been suggested that he could take over from Inter’s current number one Samir Handanovic in the coming years.

“I have no information on the subject, except for the information that I have read in various media outlets. Juan is only focused on Udinese for now and does not think about the transfer market,” he insisted.

The 25-year-old, who has been with Udinese since 2018 and is under contract until 2023, has been ever present for the Bianconeri club this season having made 15 appearances across all competitions, in which he has kept five clean sheets.

Musso is one of several players that have been named as Handanovic’s potential heir with Inter’s own Ionut Radu and Cagliari’s Alessio Cragno both also having that tag.