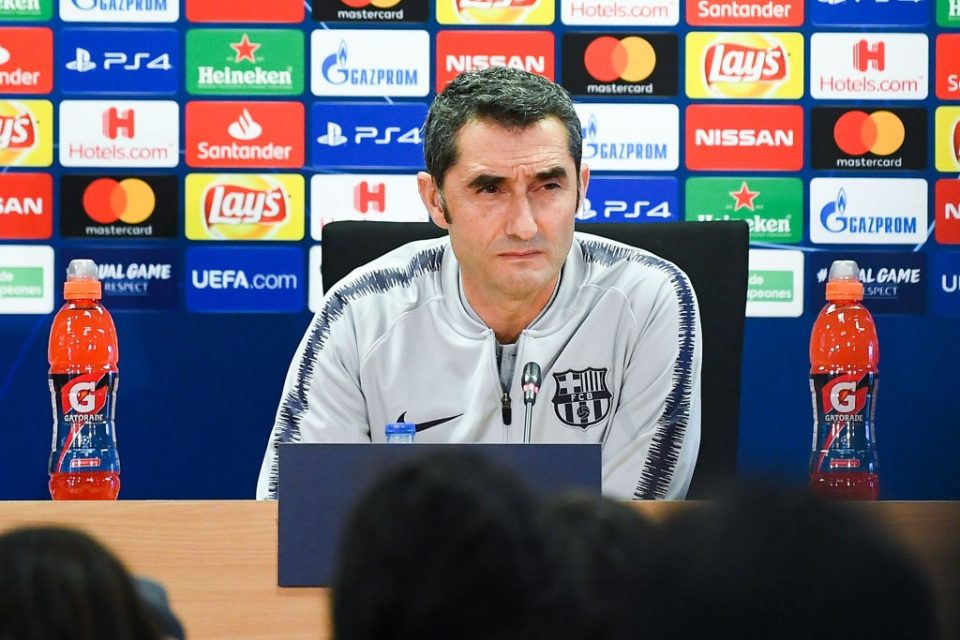 Barcelona coach Ernesto Valverde suggested that the Blaugrana may approach next week’s Champions League clash against Inter with a less than full strength squad, discussing the game in a press conference to gathered reporters yesterday, with Italian media outlet FcInterNews.it noting his words.

“Having a good week helps us since in three days we will not play a decisive game, it is something that we have earned already. On Tuesday we can make changes regardless of whether we want to win or not. We’re very focused on the league, we’re three games away from Christmas and we’re going to have tough weeks.”

Barcelona’s 5-2 win over Mallorca yesterday saw them return to the top of the league table, currently tied with rivals Real Madrid on points. In the Champions League, the Catalan club have already guaranteed qualification to the next round of the competition, sitting top of the group on 11 points. Even a loss against Inter will still see them remain top of the group.