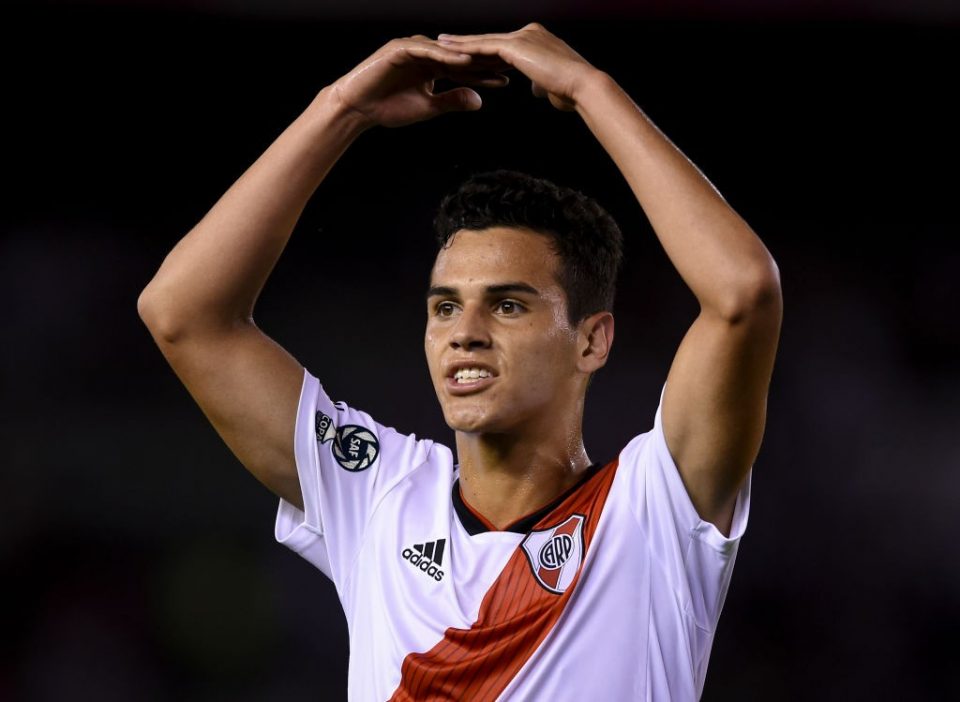 Inter management met with the agent of River Plate midfielder Cristian Ferreira this afternoon with regard to a possible January transfer window move according to a report from transfer market expert Gianluca Di Marzio.

The 20-year-old is primarily a central midfielder but also capable of playing in the trequartista role further up the pitch.

He is under contract with the Argentine giants through to the end of the 2021/22 season and has a $25 million release clause within his contract.

Inter would like to sign the Argentine under 20 international on a loan with option to buy but the report states that the Copa Libertadores runners-up would instead like it to be an obligation to buy.

Ferreira is the latest in a long line of midfielders to draw links to Inter ahead of the upcoming January transfer window.

The Nerazzurri have drawn strong links to Barcelona’s Arturo Vidal, Udinese’s Rodrigo de Paul, Atalanta’s Dejan Kulusevski, who is currently out on loan at Parma, amongst many many others.