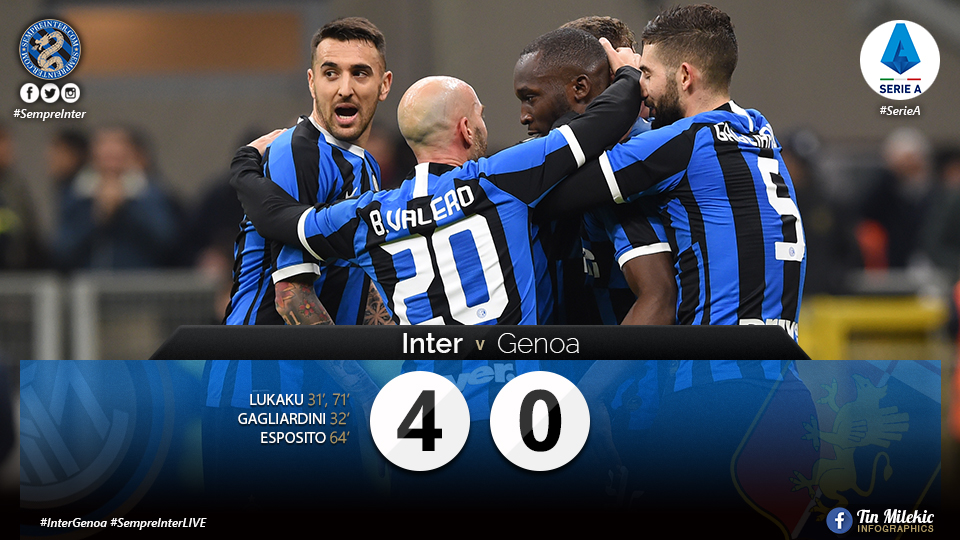 Inter destroyed Genoa at the Stadio Giuseppe Meazza in Milano’s San Siro district by 4-0 to go on equal points with Juventus at the top of the Serie A.

The Nerazzurri cruised to a two goal lead in a first half they dominated, with Romelu Lukaku first latching onto a Antonio Candreva cross to break the deadlock. A few moments later Lukaku turned provider for Inter’s own Genoa killer Roberto Gagliardini, who did what he does best, namely score against the Grifoni.

After the interval Inter continued to dominate with the Meazza literally erupting into a thunderous roar when 17 years old striker Sebastiano Esposito scored his first goal in the Serie A from the spot.

Those deceibel levels were reached again when Romelu Lukaku scored his 12th Serie A goal in 16 matches when he thundered home his second of the day.