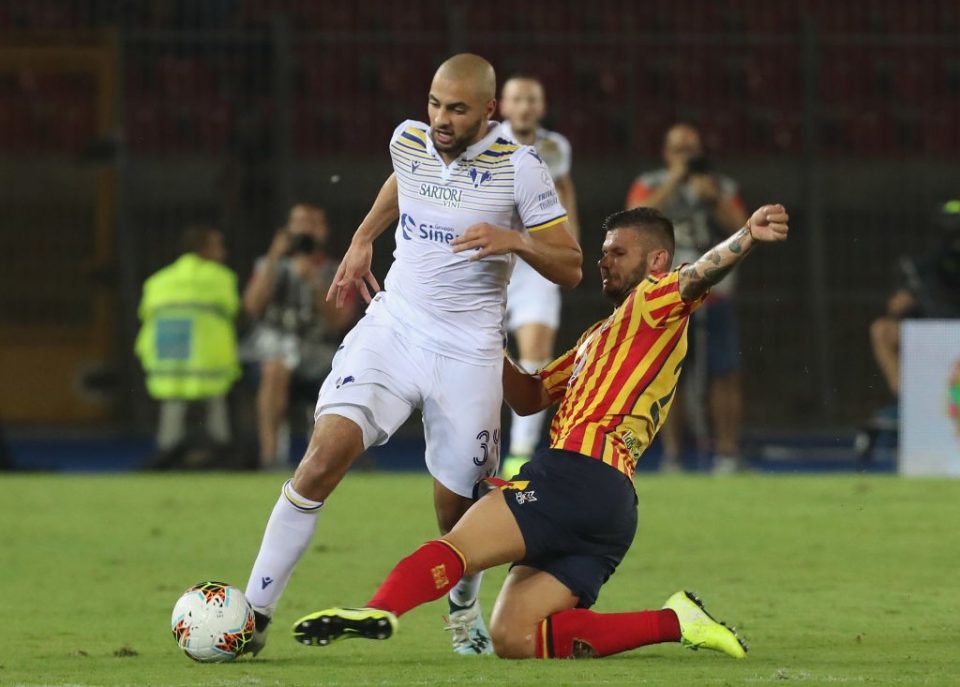 Despite him seemingly being on the verge of joining Napoli, Inter and Atalanta remain interested in signing Hellas Verona’s Sofyan Amrabat according to a report in today’s print edition of Corriere della Sera.

Napoli reportedly have a deal in place with Hellas Verona which would see them sign both Amrabat and Amir Rrahmani and whilst Rrahmani’s move can be considered as good as done, there are still some details needing ironed out for Amrabat.

It remains to be seen if Inter and Atalanta’s interest could scupper Napoli’s plans as Amrabat may ultimately prefer a move to either of the two Nerazzurri clubs.

Amrabat joined the Gialloblu club this past Summer on a season long loan from Club Brugge. They have an option to buy him and intend to activate that option before selling Amrabat off.

Amrabat will however be unable to move to another club until the Summer transfer window. The 23-year-old has already played for Club Brugge and Hellas Verona this season and FIFA rules only permit players to play for two clubs in a single season.