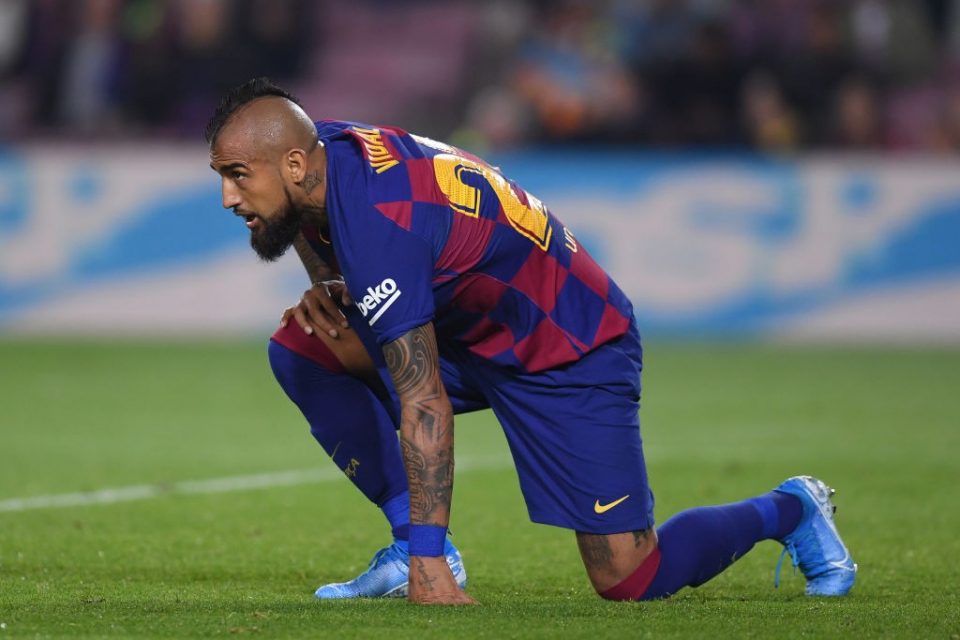 Barcelona CEO Oscar Grau and sporting director Eric Abidal are in Doha to discuss a move that will see former midfielder Xavi replace Ernesto Valverde as the head coach of the Blaugrana, according to a report from today’s paper edition of the Milano based newspaper Gazzetta dello Sport.

The report details how the CEO and sporting director arrived in Doha on Friday, with the Blaugrana’s justification for their visit being that they were visiting their injured forward, Ousmane Dembélé. However, the main focus on their travel was to meet with Xavi, where they tried to convince him to accept the head coach role at the Catalan club.

The former Spain international is taking his time to decide, the report highlights, not helped by a busy schedule with his side, Al-Sadd. His contract with the club expires next June and if he does join the club and replace Valverde, it may impact Inter’s ability to sign Arturo Vidal this month.

The Nerazzurri have been trying to sign Vidal for a while now, the report continues, with one of the Chilean’s main issues being the Catalan club’s coach. However, if Valverde is replaced by Xavi, he may be convinced to remain at Barcelona.