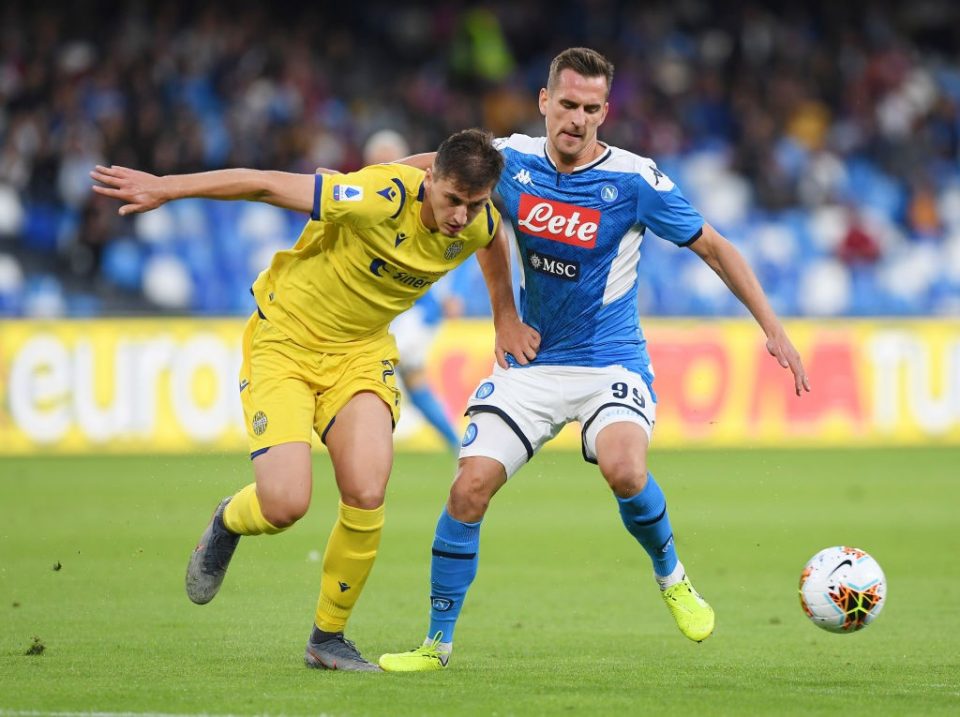 Inter are leading the race to sign young defender Marash Kumbulla from Hellas Verona according to a report in today’s print edition of Corriere di Verona.

Talks between the clubs over the transfer of the 19-year-old are already underway with it understood that Hellas Verona want €20 million for him.

Everton, Chelsea, Manchester United, Eintracht Frankfurt, Lazio and Fiorentina have all also drawn links to the Albanian, who, if talks go as planned, will join Inter at the end of this season.

The report goes on to state that Federico Dimarco is set to join the Gialloblu club on loan for the remainder of this season in what can be seen as a sweetener of sorts for Hellas Verona.

Moreover, the clubs have held talks over Eddie Salcedo and Sofyan Amrabat. Salcedo is currently on loan at the Stadio Marc’Antonio Bentegodi club until the end of this season but Hellas Verona want to extend his loan until the end of next season.

As for Amrabat, Inter appear to have taken over Napoli, who previously appeared destined to land him, in the race to sign him.

Fiorentina have also sparked an interest in signing the 23-year-old, who Hellas Verona are believed to want €15 million for.