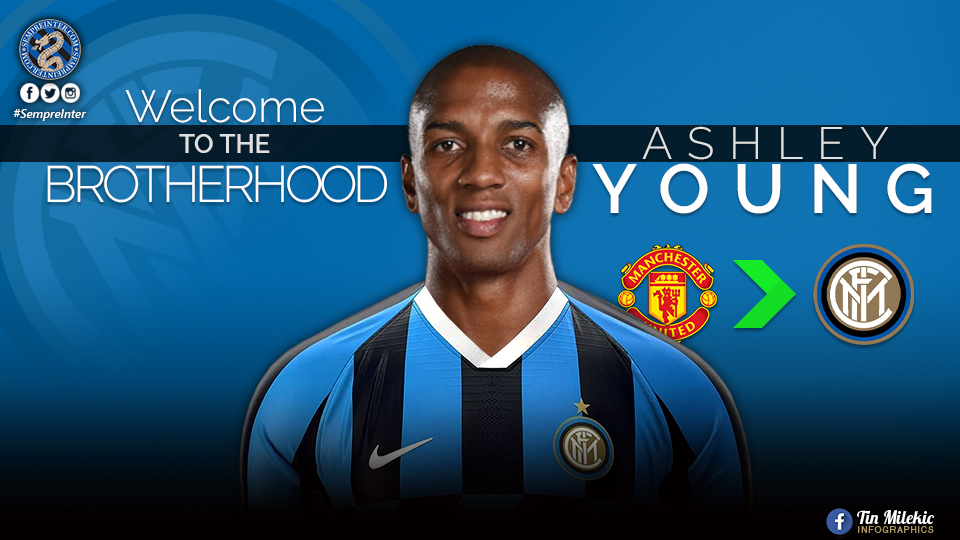 According to the announcement, Ashley Young will join the Nerazzurri on an 18 month contract that will keep him tied to the club until the end of June 2020, with an option to extend the contract by 12 months.

No transfer fee has been revealed but according to several sources in Italy, Inter have paid Manchester United €1,5 million to secure the services of the former Aston Villa man, a fee that will increase every time Young plays for the Nerazzurri.

Ashley Young’s contract with Manchester United was due to expire at the end of June 2020 but the Nerazzurri wanted to add him to the fold for the second half of the season and so they negotiated this deal with the Red Devils.

Ashley Young joined Manchester United from Aston Villa ahead of the 2011/2012 season for a reported fee between £15-20 million and has since then featured 261 times across all competitions scoring 19 goals in the process.