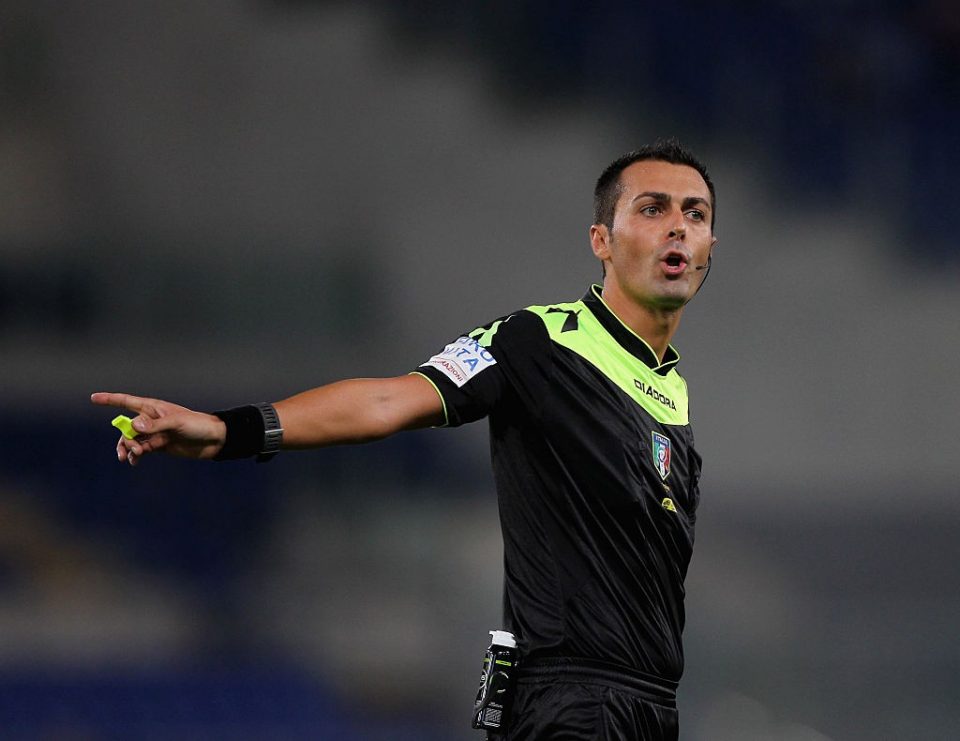 Marco Di Bello has been confirmed as the referee for this weekend’s Serie A match between Udinese and Inter at the Dacia Arena on Sunday night.

The 38-year-old match official will take charge of the whistle for the 15th time this season when the 14th placed Bianconeri play host to the second placed Nerazzurri.

In the 14 games he has refereed to date, he has pulled out the yellow card no less than 58 times and he has given out a single red card.

Stefano Alassio and Filippo Valeriani will be his assistants for the match and the fourth official for the match in Udine will be Marco Piccinini. Michael Fabbri will be in charge of VAR and will have Mauro Galetto alongside to assist him.