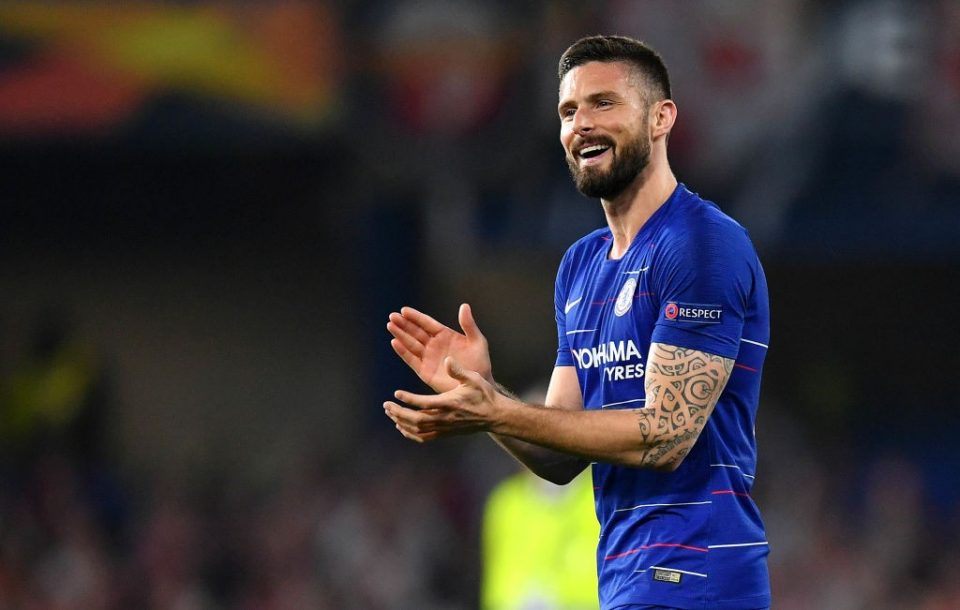 Inter chief executive Giuseppe ‘Beppe’ Marotta and sporting director Piero Ausilio are going to try and bring in a new striker before tonight’s January transfer window deadline according to a report in today’s print edition of Gazzetta dello Sport.

The Nerazzurri were keen on signing a striker earlier on in the window but appeared ready to settle with the strikers they had until yesterday.

Having seen Alexis Sanchez against Fiorentina and not wanting to put too much pressure on the young shoulders of Sebastiano Esposito, Inter manager Antonio Conte does not wish to stick with those he has got.

Inter have been strongly linked with three players in particular with those players being Olivier Giroud, Islam Slimani and Fernando Llorente.

Starting with Giroud, Chelsea have so far blocked any potential exit until they find a replacement. If someone arrives, Inter will try and land the 33-year-old Frenchman, who they already have an agreement with over personal terms.

Slimani is meanwhile open to a move to Inter but Leicester City would like a loan with option to buy deal for him. The Foxes loaned Slimani to Monaco for this season for €3 million and are understood to be wanting €2.5 million to loan him out for the second half of the season.