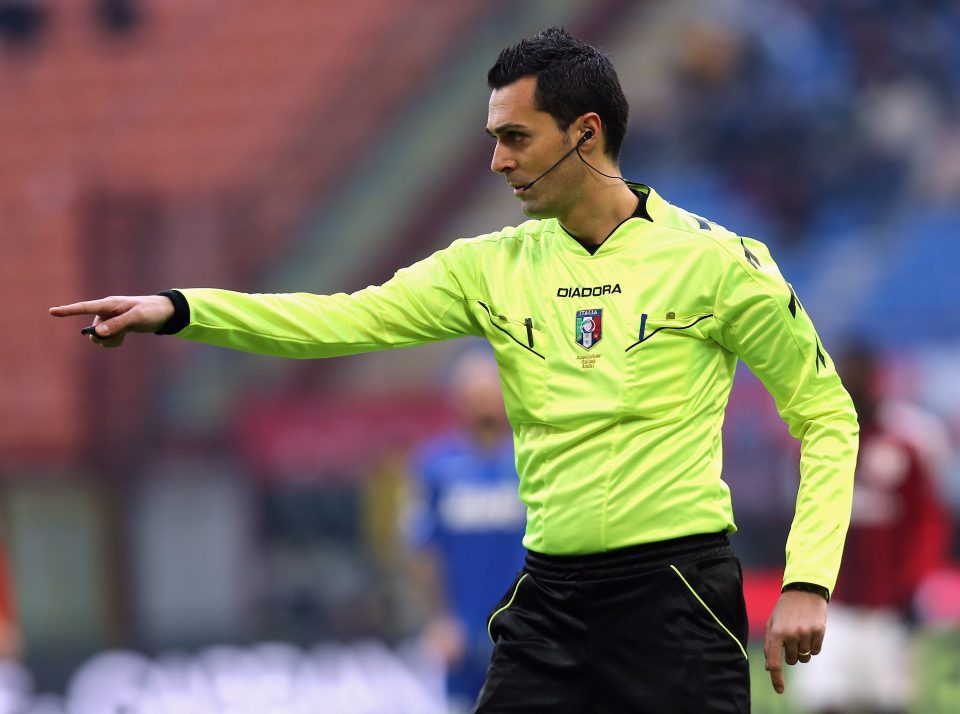 Italian referee Marco Di Bello has been appointed for Inter’s league clash against Udinese tomorrow, a referee that could be considered a good luck charm for the Nerazzurri, according to a report from Italian media outlet FcInterNews.

The 38-year-old Italian referee has officiated 15 games in all competitions so far this season. In that time, he’s given 58 yellow cards, one red card and five penalties.

Inter are desperate to win against Udinese tomorrow, considering they have drawn their last three league games. The Nerazzurri are now three points behind Juventus.