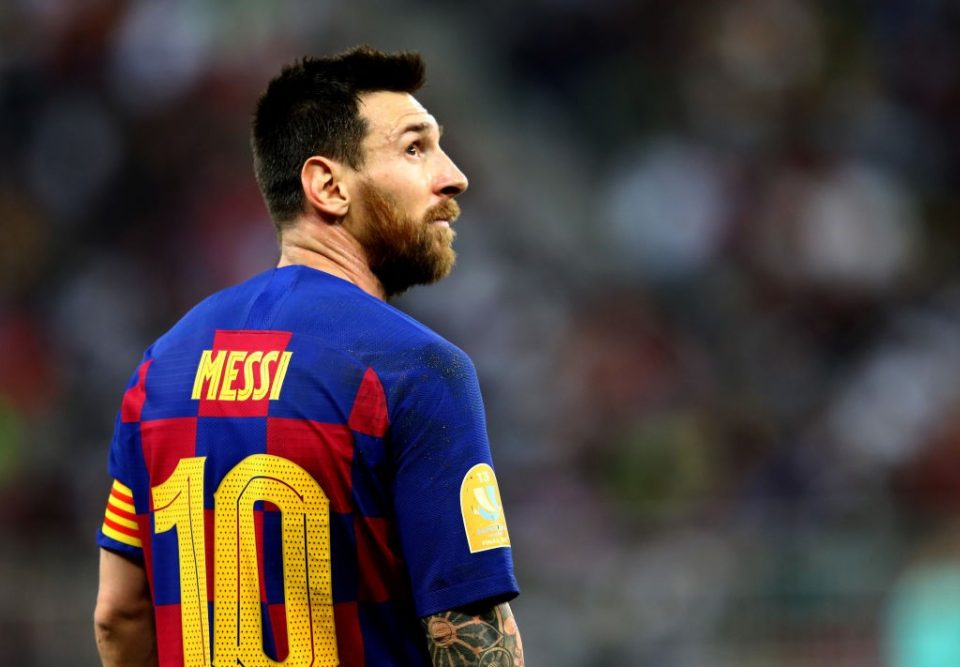 According to a report from Argentine broadcaster TyC Sports, Inter are one of a handful of clubs interested in signing Barcelona’s Lionel Messi.

It has emerged that the multi-time world player of the year has a clause in his contract with the reigning Spanish champions that allows him to free himself given he gives 30 days notice and this has put a number of clubs on high alert.

Having come to blows with club sporting director Eric Abidal, Messi’s future with Barcelona appears uncertain, so much so that he could actually invoke the above clause.

Inter aside, Juventus, Paris Saint Germain, Manchester City and Manchester United are all interested in the 32-year-old attacker, who is widely regarded as one of, if not the, greatest footballer ever.

Messi has spent his entire career with Barcelona and debuted for them back in 2004. In the time since, he has made no less than 711 appearances across all competitions and has won several trophies and personal accolades along the way. This season he has 19 goals in 24 games.