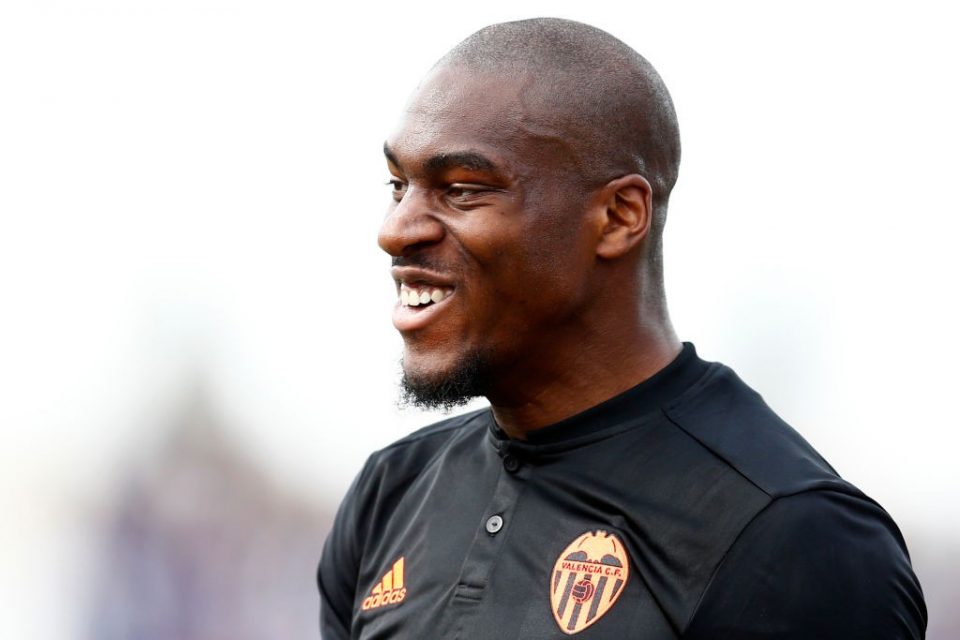 Ahead of Valencia’s Champions League match away to Atalanta, Valencia midfielder Geoffrey Kondogbia has reflected on his time in Italy with Inter.

Inter pipped a number of clubs to Kondogbia in the Summer of 2015, including city rivals AC Milan, and hopes were high for the then very highly rated midfielder but barring a few glimpses, he ultimately failed to live up to his potential and he was initially loaned to Valencia in the Summer of 2017 and was purchased outright by them the following Summer.

In an interview with Milan based newspaper Gazzetta dello Sport, which appeared in today’s print edition, Kondogbia began by reflecting on his time at the Nerazzurri.

“I am still friends with the likes of Brozovic, Handanovic and Ranocchia. It was a pleasure to play for a great club and gave me a lot of experience.

“I grew up as a player and as a man at Inter. The second season was difficult as there were mant chages on the bench with de Boer, Vecchi and Pioli, it was complicated but the Inter experience has served me well.”

He then went on to reveal what then Inter manager Luciano Spalletti did upon him leaving the club and why he decided to join Valencia, despite having other options.

“He sent me a photo with a dedication. It more or less said ‘Good luck, but you will regret it’.  This was a gesture of affection done in an ironic way.

“I had a very good relationship with him and he wanted me to stay but I had already made my decision. I really liked the Valencia project and I believed that after two complicated years at Inter, things could change and thank God is has gone well so far. We won Valencia’s first trophy in 11 years and have finished fourth in La Liga twice.”

The 27-year-old, who represent Central African Republic internationally, made 56 appearances during his spell with Inter, in which he scored two goals and tallied three assists.