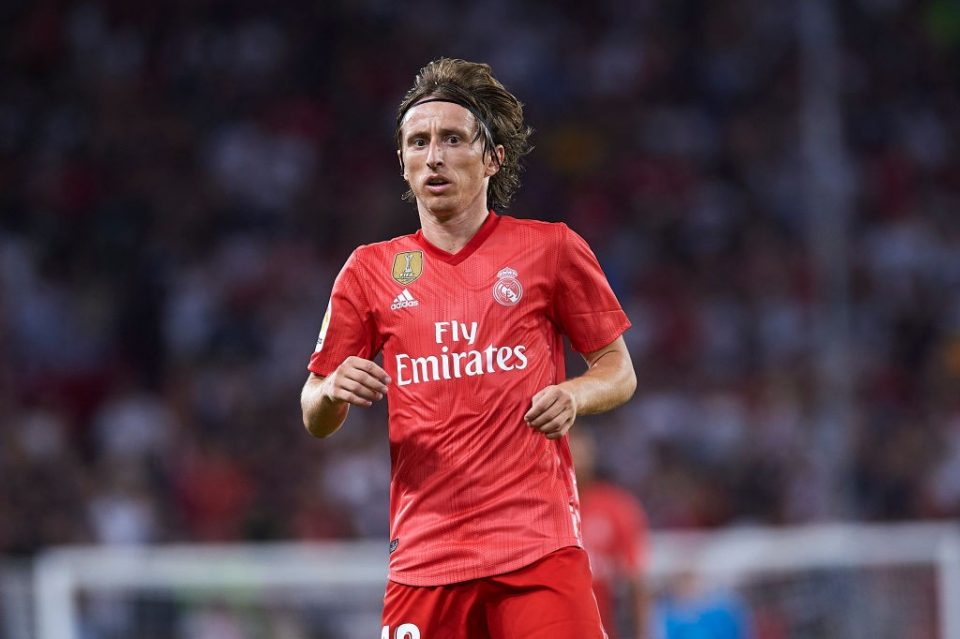 Inter could offer Real Madrid midfielder Luka Modric an escape route out of the the Santiago Bernabeu in the upcoming Summer transfer window according to a report from Spanish news outlet El Desmarque.

The 34-year-old Croatian international and one time Balon d’Or winner is out of contract at the end of next season meaning this coming Summer will be Los Blancos’ last chance to sell him for a decent sum as clubs will be able to approach him on a pre-contract basis next January.

Inter have previously went in for Modric a few Summers ago but were unable to agree a deal with the Spanish giants but things may be different this Summer.

Real Madrid, as per the report, will not try and force Modric out of the club and will allow him to make his own decision regarding his future.

This season he has made 26 appearances across all competitions in which time he has scored five goals and tallied just as many assists.