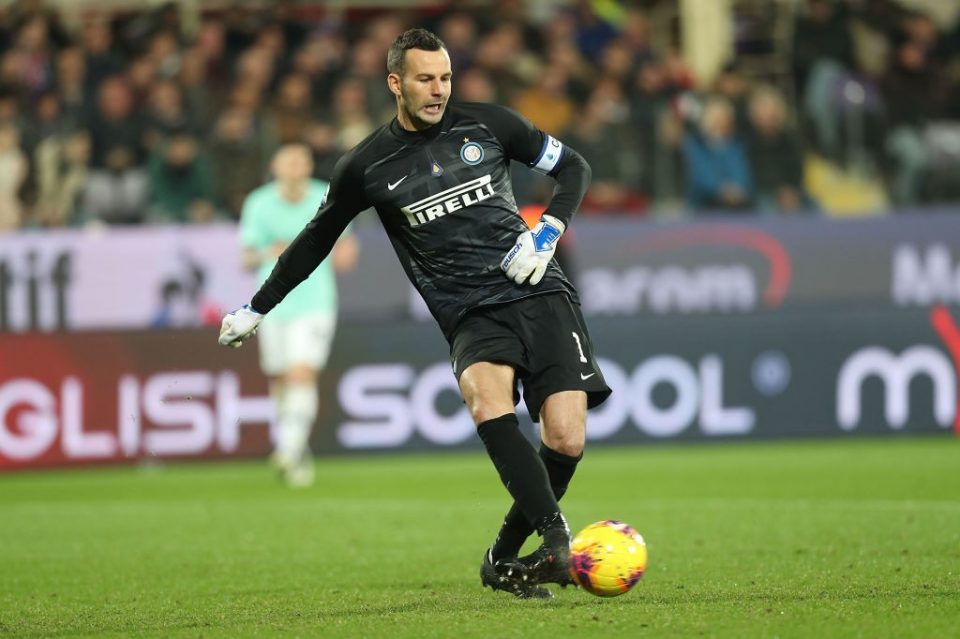 Inter captain Samir Handanovic has a clear objective, to return in time for the Derby d’Italia against Juventus, but wants to return earlier, according to a report from today’s paper edition of the Turin based newspaper Tuttosport.

The report details how the 35-year-old Slovenian shot stopper, who is contracted to the Milanese club until 2021, has made 29 appearances across all competitions so far this season, for a total of 2610 minutes. In that time, he has kept eight clean sheets and conceded 29 goals. He suffered a broken little finger in his left hand which has forced him to miss the last five games across all competitions.

Handanovic is desperate to be fit for the vital league game against Juventus, the report continues, but is dreaming of playing against Bulgarian champions Ludogorets in the Europa League on Thursday. The player wants to regain a little match fitness before jumping into one of the most important games of the season for the Milanese club.