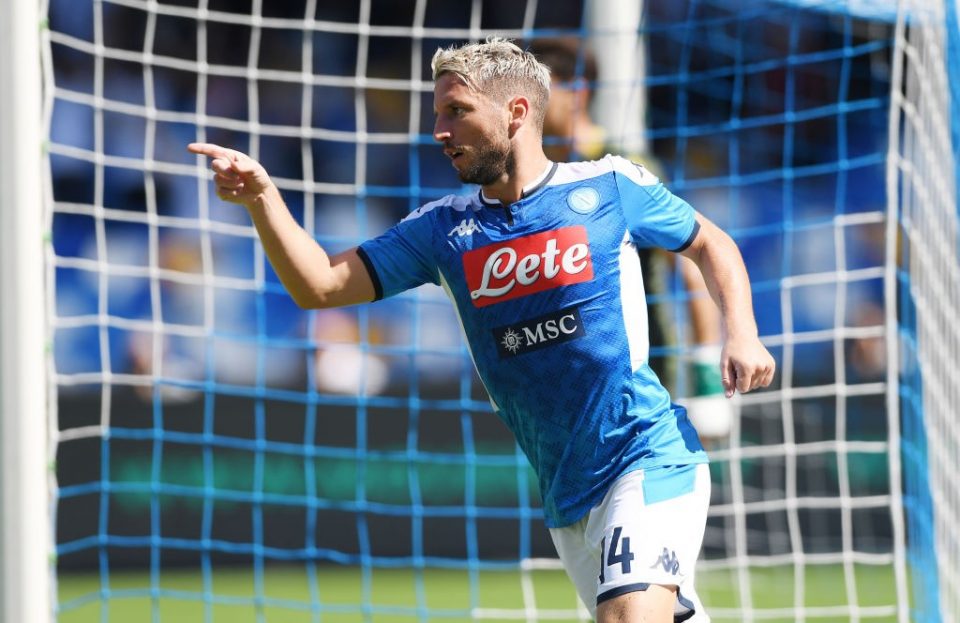 Dries Mertens’ priority remains renewing his contract with Napoli according to a report from CalcioMercato.com.

The 32-year-old’s contract with the Stadio San Paolo club is set to expire at the end of this season and this has led to intense speculation regarding where his future could lie past the end of this campaign, which is fast approaching.

In the recent January transfer window Chelsea drew strong links to him whilst Inter are understood to be long term admirers of the Belgian international, who has been with Napoli since the Summer of 2013.

Various reports elsewhere in the media have stated that Napoli have tabled a two year contract extension to Mertens but the salary on offer falls short of his demands.

Other reports have stated Inter have also made an offer to the former PSV Eindhoven player. CalcioMercato’s report goes on to add that if an agreement cannot be reached with Napoli, Mertens will then consider Inter’s offer.