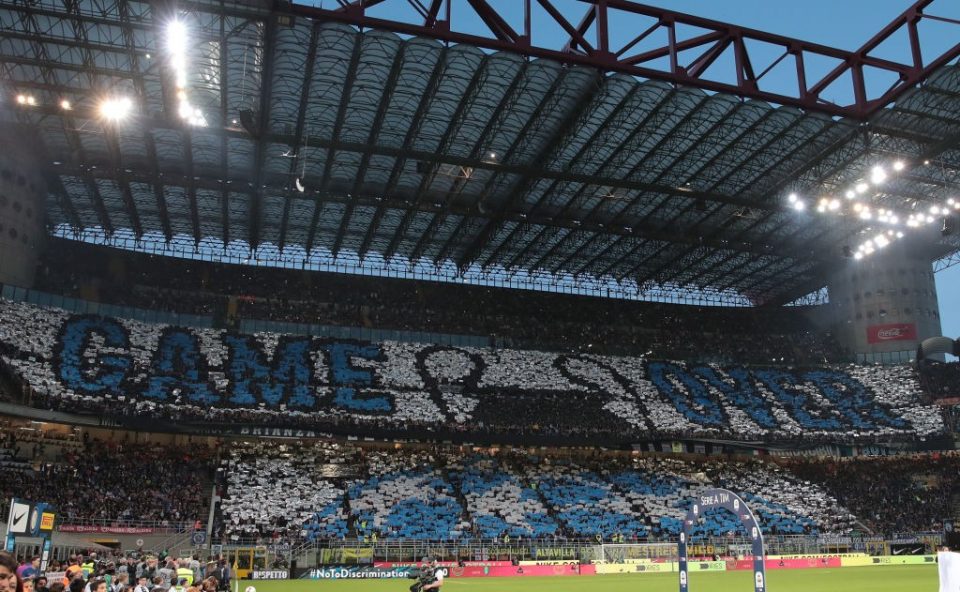 Inter ultras have not calmed down about the decision to postpone the Derby d’Italia against Juventus, staging a small protest outside the Lega Serie A headquarters, according to a report from Italian media outlet FcInterNews today.

The report details how some representatives of the Inter ultras showed up under the offices of the League in Via Rosellini today with new banners calling for respect for fans and football, as well as a banner that says “Shame on you”, directed to the League. The letter ‘I’ in that banner was written with the Juventus logo, showing how the fans believe that the Turin based club heavily influenced the decision to postpone the games.

Five Serie A games overall were postponed by the League this weekend, creating a situation where Inter have now missed their last two league games due to the fears around the Coronavirus. Whilst the game against Juventus has been scheduled for the 13th May, there is still not date for their game against Sampdoria.