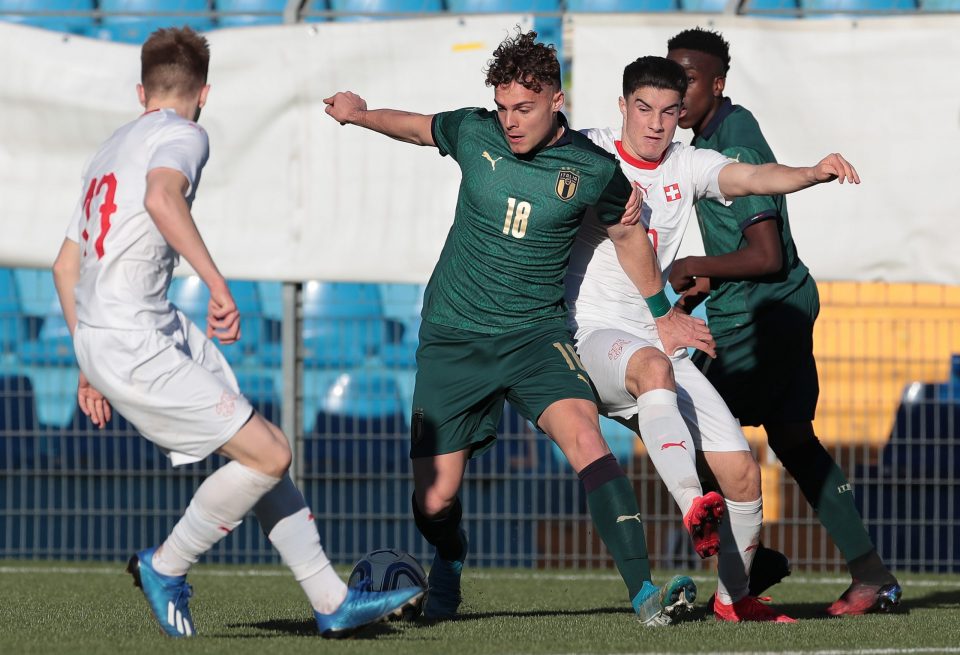 In all likelihood, Inter youngster Edoardo Vergani will be loaned out next season to gain valuable first team minutes for his personal development according to a report from FCInterNews.it.

The 19-year-old striker is currently in Inter’s Primavera side but has trained regularly alongside the Inter first team this season and even made the bench for the Serie A match with Hellas Verona earlier on in the season.

Inter will take a decision on his future come the end of the season with the most likely outcome being a loan move to a Serie A club for next season.

Sassuolo are seemingly leading the race for him whilst Serie B side Pescara and a number of other Serie B sides are also understood to have an interest in taking the Italy under 19 national team attacker in on a temporary basis.

Vergani, who is under contract with Inter until the end of the 2022/23 season, has made 17 appearances this season for Armando Madonna’s Primavera, in which he has scored three goals and contributed four assists.