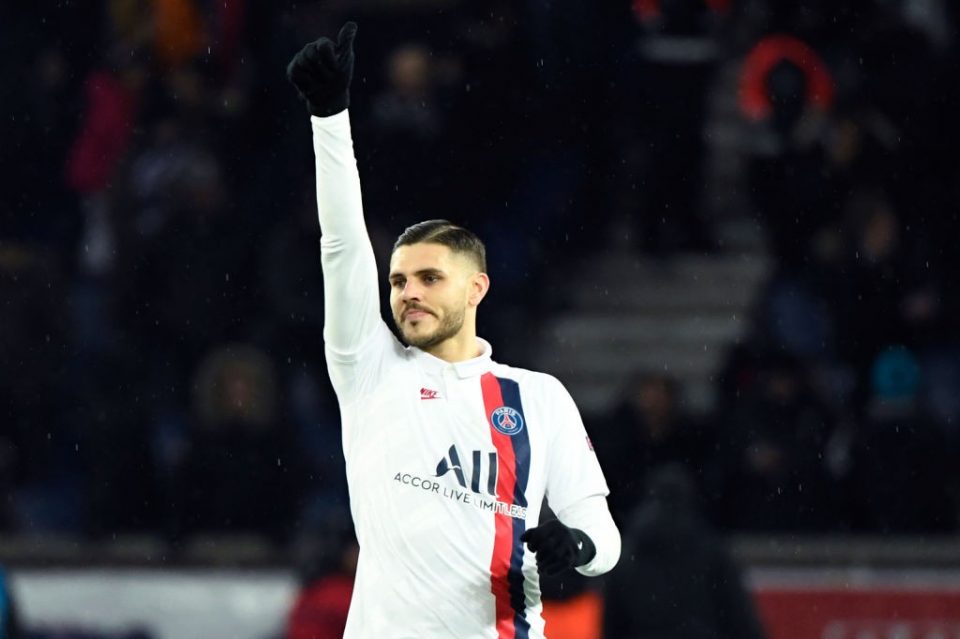 Inter owned striker Mauro Icardi will not be called up for the Argentina national squad for their next two games, according to a report from Argentinian news outlet Olé today.

The report details how the 27-year-old Argentine striker, who is currently on a season long loan at French champions Paris Saint Germain, will not be called up for the World Cup qualifiers against Ecuador and Bolivia. The third forward, along with Lautaro Martinez, will be Bayer Leverkusen’s Lucas Alario.

Argentina coach Lionel Scaloni was recently in Paris to talk to PSG midfielder Leandro Paredes, the report continues, and met Wanda Nara’s husband whilst there. The Number 9 had been taken into consideration by the coach but lost his place in the hierarchy due to his period of inactivity with Inter. Whilst he has impressed with the Parisian club this season, he still hasn’t displaced Manchester City’s Sergio Aguero, Lautaro Martinez or Lucas Alario in the hierarchy.