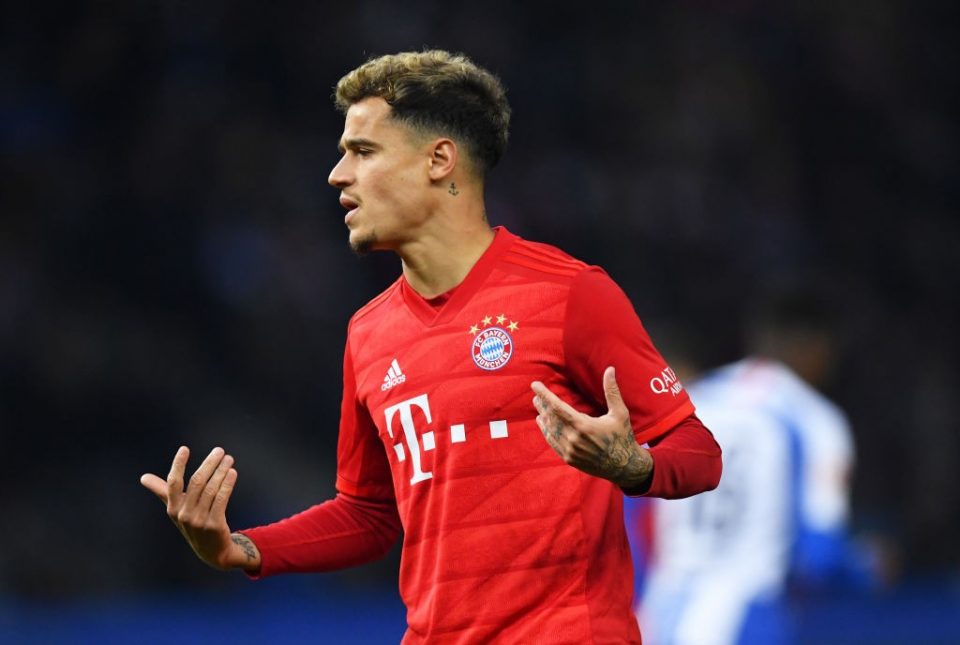 Inter do not wish to conduct a straight swap deal with Barcelona which would see Lautaro Martinez and Philippe Coutinho exchanged according to a report in today’s print edition of Tuttosport.

Coutinho is currently out on loan at German giants Bayern Munich but they have no interest in signing him up on a permanent basis and Barcelona do not want to keep him either.

Barcelona value him at €90 million, €21 million less than the release clause in Lautaro Martinez’s contract with Inter, but as per the report, Inter will not entertain a swap deal.

Inter will only allow Lautaro Martinez to leave the club if they will make a significant capital gain, otherwise they will keep a hold of the highly rated 22-year-old.

The report goes on to state that Inter would be willing to take Coutinho on a two year loan deal with an option to buy which would be set at half of Coutinho’s current value against Barcelona’s books.