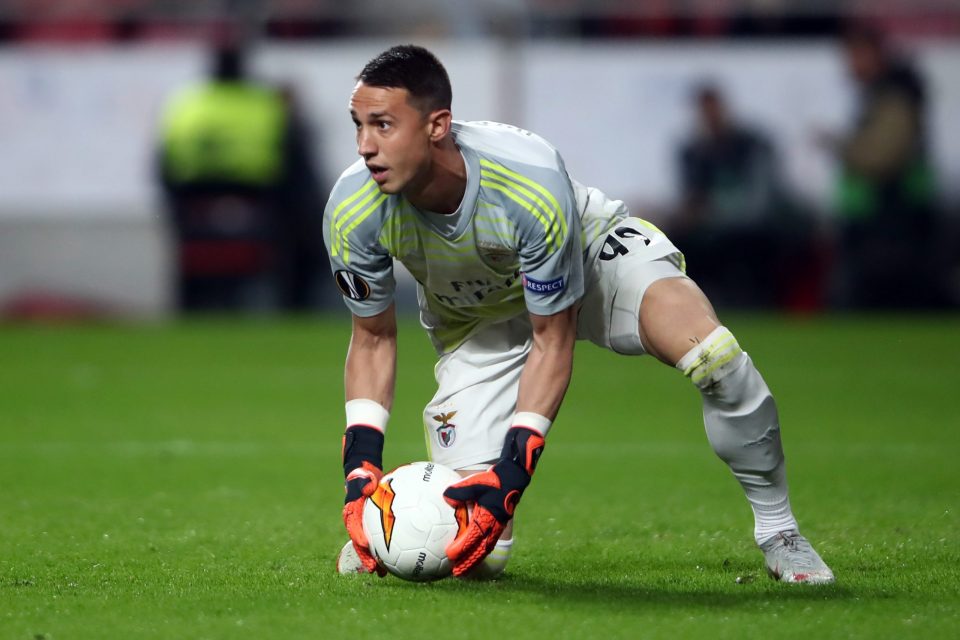 Inter have a new name in mind when it comes to a goalkeeper who could potentially come in and act as current number one goalkeeper Samir Handanovic’s deputy according to a report from Italian news outlet TuttoMercatoWeb.

With Handanovic getting on a bit now, Inter are beginning to think about life after him and have drawn links to Udinese’s Juan Musso and Parma’s Luigi Sepe.

As per this report, the Nerazzurri club are also keeping tabs on Odysseas Vlachodimos, who is currently on the books of Portuguese giants Benfica.

The 25-year-old came through the ranks at German club Stuttgart, the city where he was born although he represents the Greek national team on the international stage.

Vlachodimos, who is under contract with Benfica until the end of the 2023/24 season, has made 35 appearances across all competitions to date this term in which he has conceded 33 goals and kept a total of 16 clean sheets.

The report states that Inter are not alone in courting Vlachodimos with it understood that Napoli are also keen on signing him.