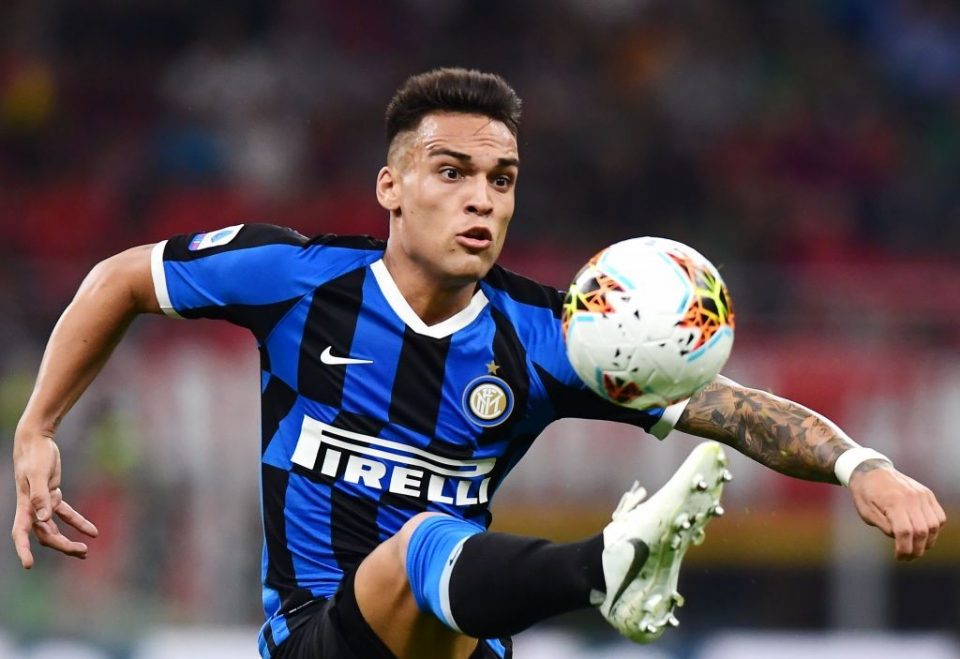 Inter do not think Lautaro Martinez will leave the club for Barcelona in the upcoming Summer transfer window according to a report in today’s print edition of Tuttosport.

Barcelona have seemingly identified the highly rated 22-year-old as their top target ahead of the window but as per this report, Inter think a move will not take place due to the current global Coronavirus pandemic.

The report from the Turin based newspaper goes on to state that the clubs could well come to an agreement to do a deal over the Argentine national team striker in the Summer of 2021 though.

Moreover, it states that the two clubs could do a deal over Philippe Coutinho. The Brazilian attacking midfielder is currently out on loan at Bayern Munich and the report states that Barcelona could agree to loan Coutinho to Inter.

This season the former Liverpool player has scored nine goals and provided eight assists in 32 appearances across all competitions.