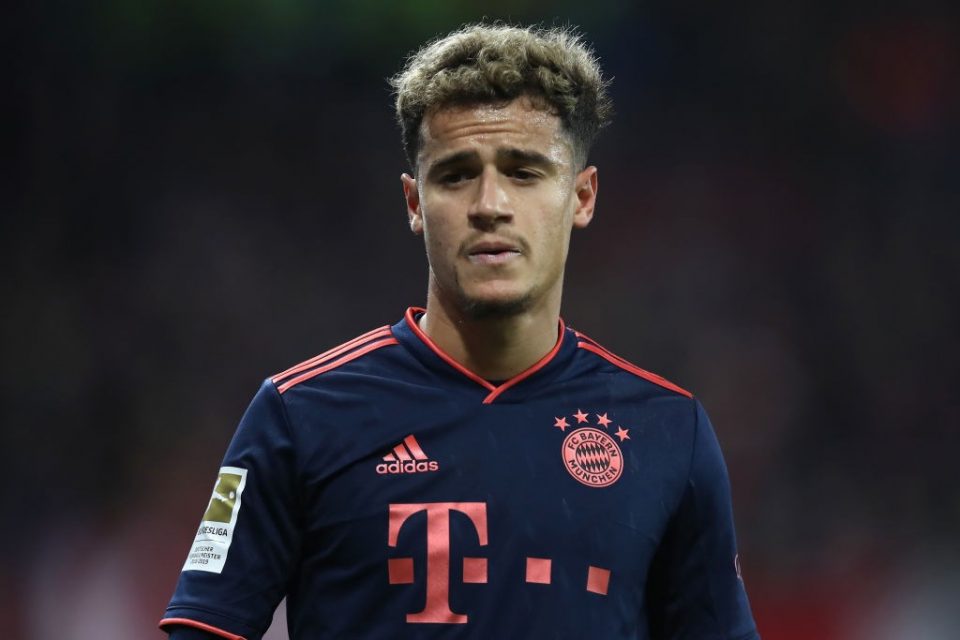 Inter manager Antonio Conte is not interested in Barcelona’s Philippe Coutinho according to a report from Italian news outlet CalcioMercato.com.

Coutinho has drawn links to Inter in the past few days but this report explains that Conte does not want the Brazilian national team player as he is currently seeking players with different characteristics.

Coutinho is currently out on loan at German giants Bayern Munich who have an option to buy him but with it understood Bayern Munich will not take up this option, Barcelona are looking to offload him in the upcoming Summer transfer window.

The former Liverpool attacking midfielder has been linked with a return to Inter but at least for the time being it does not look like any move will happen.

This season Coutinho has made 32 appearances across all competitions to date in which he has scored nine goals and provided eight assists for his teammates.