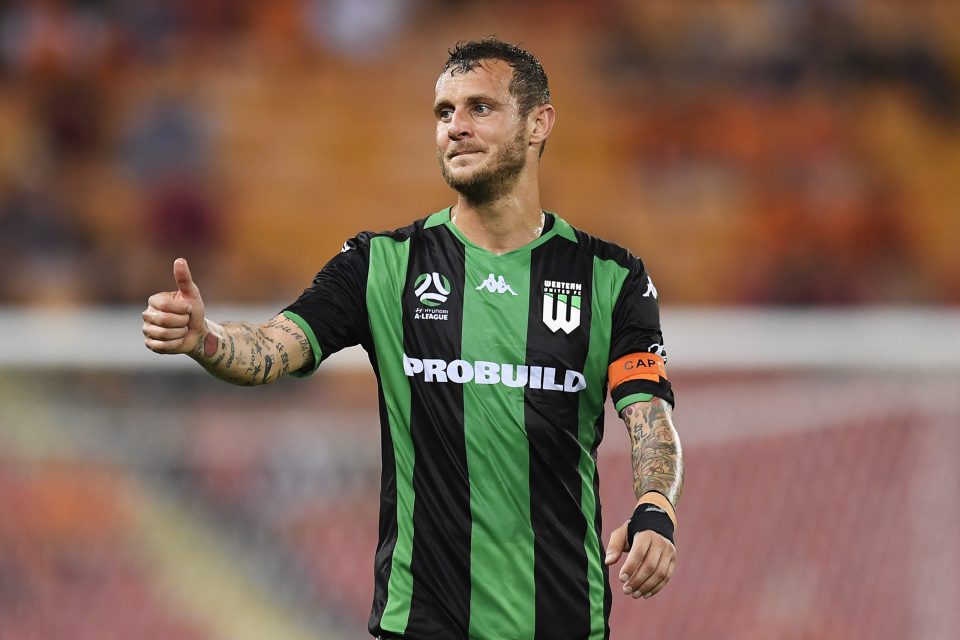 Alessandro Diamanti has claimed that he was once close to joining Inter earlier on in his career during a live broadcast which took place on his official Instagram profile earlier on today.

The 36-year-old currently represents A League side Western United but did spent the majority of his career in his native Italy, with him having played for no less than 13 Italian clubs, such as Livorno, Bologna and Palermo.

Diamanti has claimed that in the Summer of 2009 there was a chance that he could have ended up at Inter but the Nerazzurri club opted to sign Wesley Sneijder from Real Madrid instead after missing out on primary target Deco.

“I was close to joining Inter. I knew that Moratti was sick of me because I reminded him of Recoba,” Diamanti, who also played for Watford and Guangzhou Evergrande during his career, began.

“Mourinho came along and said ‘who?’ as he wanted Deco. My agent called me to tell me this and I understood. When Deco went to Chelsea, I called my agent and thought a move could have been done and he then told me Inter wanted Sneijder and again I said I understood.

“Eventually I went to West Ham and Inter done well given they went on to win the treble that season.”

This season Diamanti has made 19 appearances across all competitions for A League newcomers Western United. In almost 1600 minutes on the field, he has scored five goals and provided seven assists for his teammates.