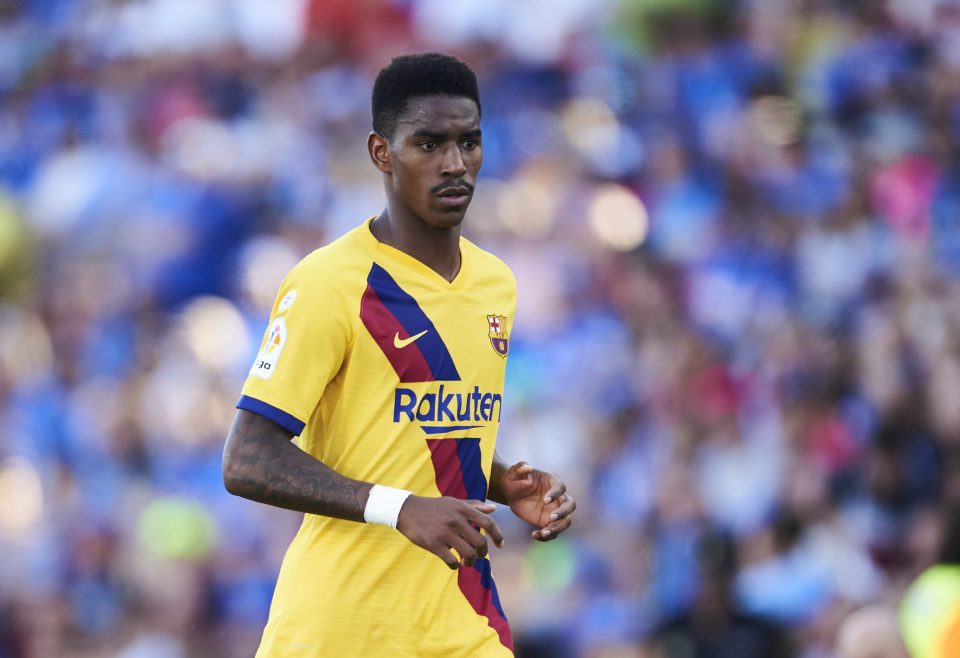 Barcelona could look to include Junior Firpo in a deal with Inter for Lautaro Martinez in the coming months according to a report from Spanish news outlet Sport.

The Blaugrana club signed the young full back last Summer in an €18 million deal from Real Betis but he has struggled to cement his place in the team.

Whilst Barcelona believe that the Dominican Republic born defender will continue to improve, they think it will be hard for him to stay with the club.

A number of clubs have enquired about the availability of the 23-year-old recently as per the report with Torino, Napoli and Roma among them.

Barcelona do not want to sell him for any less than €20 million and they do not want to loan him out either. Barcelona could opt to add him into a deal to sign Lautaro Martinez from Inter though with it understood that Inter are interested in him.