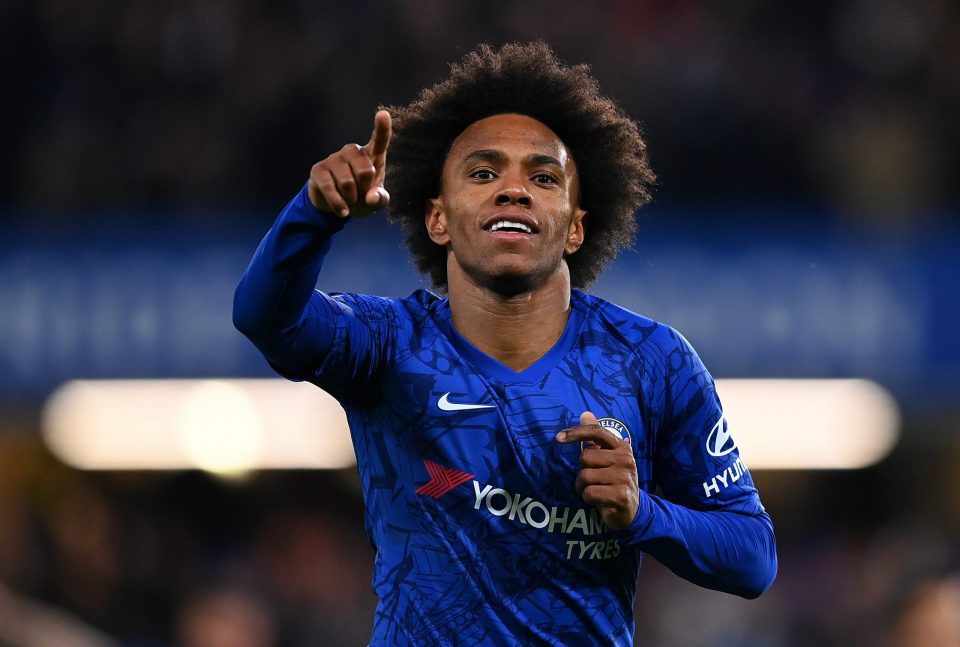 The poor relationship Willian had with Antonio Conte at Chelsea could possibly cause Inter to miss out on him according to a report in today’s print edition of Tuttosport.

The Brazilian winger’s contract with the Premier League club is due to expire at the end of this season and a number of clubs, including Inter and arch rivals Juventus, have shown an interest in signing him on a free transfer in the Summer.

The report from the Turin based newspaper suggests that Juventus could have a better chance of signing the former Shakhtar Donetsk player due to the fact Willian really likes Juventus manager Maurizio Sarri having worked with him at Chelsea.

It is a different story when it comes to Willian and Inter manager Antonio Conte though as the pair never enjoyed an idyllic relationship during their time together at Stamford Bridge.

This season Willian has made 37 appearances across all competitions in which he has scored seven goals and provided six assists for his teammates.